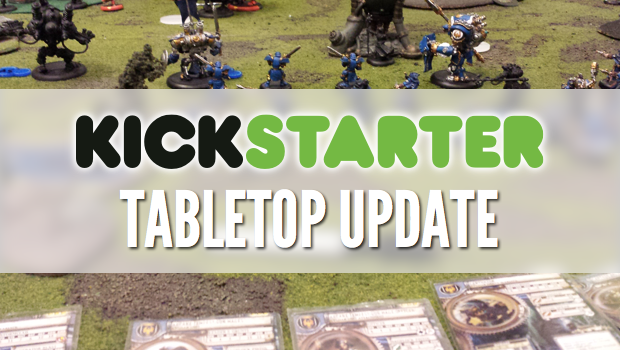 Hello! Welcome to Friday Tabletop Kickstarter Update! For a background of these updates check out this introduction. Publishers are still pumping out interesting looking games. Good news for us!

Omen comes to Kickstarter with quite a long list of accolades as the original edition was released three years ago. This campaign is looking to produce the final, definitive version including all of the previous expansions and extras included. The game revolves around three cities that the players are fighting over using various cards and abilities. The $17 price point make it something worth looking over.

Cycling party certainly stands out from the crowd of other games with its vibrant and intricate flavor. Players compete to manage their own teams against others in a cycling race. It is clear that the designers are cycling enthusiasts, but it is not clear if they are gamers. It would be nice to see some reviews are some detailed rules explanations. It does look like they have the components done right.

The stock market is something that we love to play around with. Most of us don’t have piles of cash lying around to haphazardly throw at the market to try something new. Stockpile approaches the subject by distilling the core uncertainty of the market and the standard buy low, sell high mantra. Everyone loves a little insider trading.

Jeff Siadek is taking his lauded Lifeboat game a step further and placing players on a island trying to fight for survival. What brings this game to the top of the social deduction crowd is the Love/Hate mechanic. Players score points if their secret love is alive at the end of the game, and more points if their hate is killed off. This looks like a winner for gamers who like their social games to have some depth.

If you call yourself a eurogamer and have not played Keyflower, I know the next game you should play. Keyflower takes all of the things that make a good eurogame and blends them into an intricate and streamlined experience. The Merchants is the second major expansion bringing in a layer of commerce. The title ‘modern classic’ is fitting.