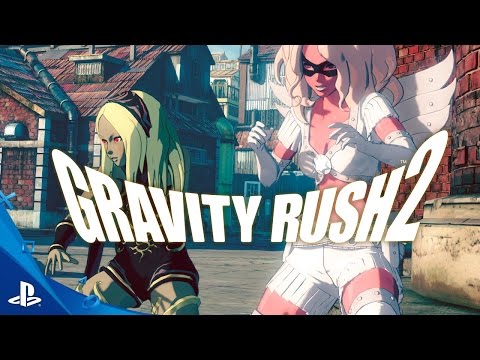 Sony announced today that Gravity Rush 2 will be released on November 30 in Europe and December 2 in North America and the UK.

This announcement comes from a recent post on the PlayStation Blog, along with a new gameplay trailer for the PlayStation 4 exclusive. Sony also announced a new anime called Gravity Rush The Animation~Overture, which will serve as a bridge between the original game and the sequel.

The game will be available for pre-order on the PlayStation Store starting August 2 and will come with an alternate white costume DLC and a download for the Select Soundtrack. A remastered version of the first Gravity Rush, which was originally a PS Vita exclusive, came to PlayStation 4 earlier this year. We gave the remaster a 75, calling it a beautifully realized world on the PS4.