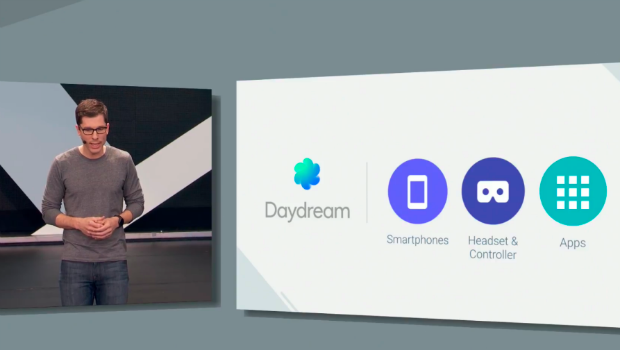 Google has announced Daydream, a new developer platform and set of engineering standards that will grace Android phones this fall.  According to USA Today, the platform was unveiled before 7,000 developers gathered for Google I/O at Shoreline Amphitheater.  Smartphone-based virtual reality experiences are set to take a “quantum leap” with Daydream, Google VR boss Clay Bavor said Wednesday at the company’s annual developer conference.

“VR should be mobile, approachable and for everyone,” Bavor said. “But there’s a limit to how immersive an experience you can do with phones and Cardboard.”

As for accessing such new apps, Google is unveiling Google Play for VR, which will present standard apps for news, podcasting, music, and videos, as well as games from across the Google Play market.

“We’ll also be bringing Google Play Movies to Daydream, as well as Street View and Google Photos,” Bavor said. “And we’ve rebuilt YouTube from ground up for VR, with spacial audio and VR video streaming.”

Gaming isn’t the only topic VR is pushing to present, with recent agreements between VR content companies and major sports leagues and big concert promoters, who want to bring live events to the masses through VR.

Check in with us here at Gaming Trend for more information on upcoming Daydream releases, announcements, news, and more.