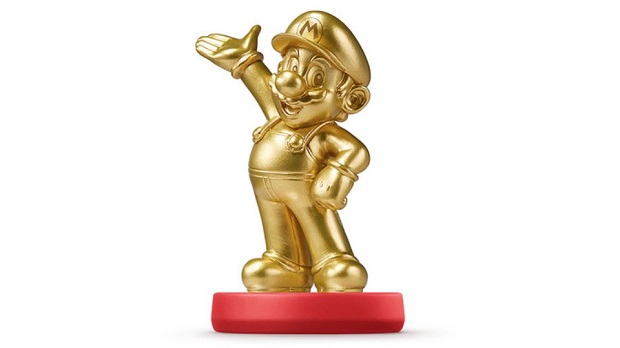 Nintendo has confirmed that the gold Mario Amiibo is real, and is a Walmart exclusive.

The figure will come to 3,000 select Walmart stores on March 20th, the same day as Mario Party 10 and the official Super Mario Amiibo line. However, there’s still no news on the silver Mario Amiibo that was leaked alongside the gold one earlier this month.