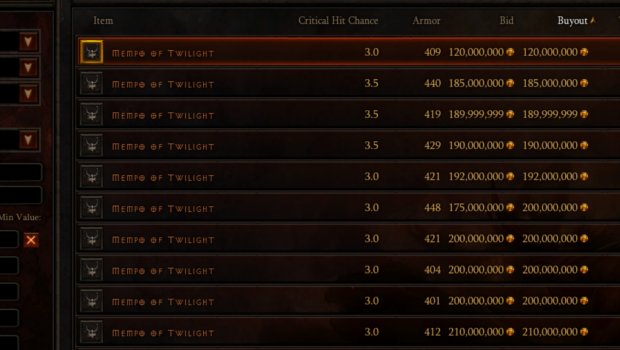 Diablo III is a great game if you ask me. For all its flaws, I more than got my money’s worth out of the title – hours and hours were spent cutting and shooting and looting my way to Inferno mode, and it wasn’t until Act III of inferno that I ended up taking a break. Blizzard has patched the game repeatedly with fixes, content alterations, and more… but damn, the economy has been a train wreck. The latest issue involves a full-scale gold-dupe bug, and Gamasutra gives a pretty thorough rundown of just what went wrong here. While the details are fascinating, the end result is that millions upon millions of gold have ended up flooding into the economy, to the point where the auction houses needed to be shut down and a large-scale audit of transactions is currently underway to find out who duped what. I suppose their ability to perform these audits stands out as a justification for their unpopular online-only DRM decision, but it’s hard to think of a worse way for them to have gotten a point in their favor on that score.

Those of you who are affected by this should know that there’s an official Blue-updated thread dedicated to keeping players up to speed on the current state of the fallout from this event.  If this keeps up, I can see Diablo III – for all of its good points – being used in textbooks as an example of the various pitfalls and problems one can expect in an online game economy in worst-case scenarios.