Sony announced today that players who buy March release God of War: Ascension will also receive a demo of the hotly-anticipated apocalypse survival actioner The Last of Us… but not right out of the gate. Purchasing God of War will grant access to the demo, which will be made available at a later date. No time frame has been announced for the demo’s release, but one could assume that it would be between God of War’s March 12th release and The Last of Us’ May 7th release. Both God of War: Ascension and The Last of Us are PlayStation 3 exclusives. 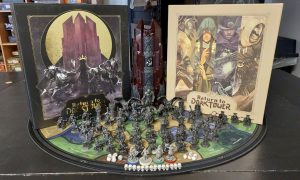