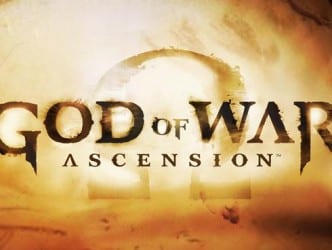 The newest entry in the God of War series, God of War: Ascension, was announced earlier today on the Playstation Blog. Along with the announcement came the release of a teaser trailer to provide a little detail about the game. A release date hasn’t been announced, but we know that Ascension will be another PS3 exclusive and will feature the same single-player action-adventure gameplay of previous games in the series. Gamers will take on the role of Kratos before he became the Ghost of Sparta, but not much else is known at this point. SCE hopes that a desire for more information will increase participation in some upcoming events. Read on for more about the live online Q&A and to see the trailer.

Be sure to tune in to the PlayStation.Blog and God of War: Ascension Facebook page on Monday, April 30th at 8:00am Pacific Time for a live streaming event that will give you a glimpse of what’s in store for God of War: Ascension. Our Game Director Todd Pappy will be answering your questions about the game so follow @PlayStation on Twitter and Tweet us your best questions by 3pm Pacific Time this Friday, April 20th – be sure to include #godofwarascension in your Tweet so we can find it.  If we pick your question to ask during the show, we’ll even send you a signed God of War: Ascension poster.

I personally love seeing this kind of community interaction from developers, and hopefully the events will provide an opportunity to get important questions about the game answered. Until then, you can check out the God of War: Ascension trailer below to glean what limited information you can.