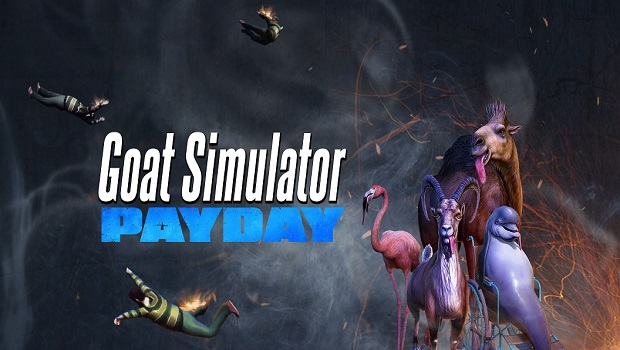 Coffee Stain Studios announced that Goat Simulator PAYDAY is available to download on Android and iOS devices for $3.99 today. The collaborative effort features criminally-themed tasks and actions which range from hilarious to downright diabolical.

Originally a DLC addition to the original Goat Simulator, Coffee Stain Studios worked with PAYDAY developer Starbreeze to develop Goat Simulator PAYDAY. The standalone mobile download includes four characters to play as: a flying flamingo, a wheelchair-bound dolphin, a camel, and a goat. Using different masks and abilities, you can wreak havoc and get paid for jobs using PRANKNET. You can dodge the authorities by stealing other people’s cars, and can unlock fourteen new mutators to cause some chaos.

Goat Simulator PAYDAY is available now on Android and iOS devices, as is currently available as DLC on Goat Simulator for PC. Stay tuned for more news here on Gaming Trend.