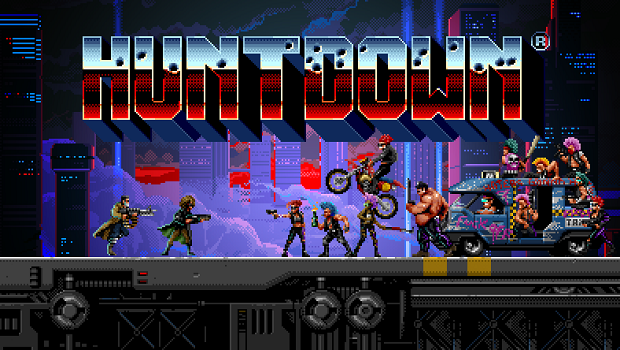 Coffee Stain Studios, developer of Goat Simulator, recently announced that the studio would form an additional publishing wing. Coffee Stain Publishing aims to self-publish upcoming games as well as take on new titles, with the upcoming Huntdown being its premiere project.

“Coffee Stain Publishing will start small, by signing only a few select projects. This to ensure that we can maintain high focus while also allowing ourselves to enjoy the fun in game development together with our developers. I am thrilled about all this!”

The first confirmed project that has been signed is Easy Trigger’s Huntdown, an arcade shooter where players have to hunt down villainous gangs after a future where police have lost control to these groups. The game sports a cyberpunk retro aesthetic that matches the action films of the 80s era.

You can catch up with updates on the game’s website, and stay tuned for more news about Huntdown on Gaming Trend.