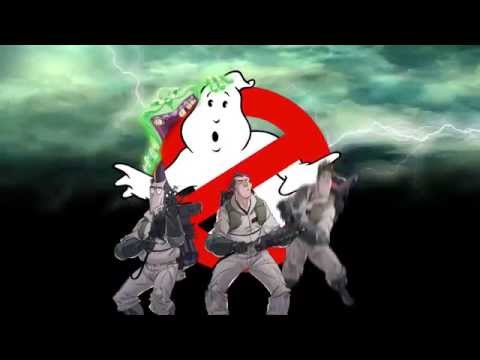 If you grew up in the 80’s, then you probably have fond memories of the Ghostbusters movies.  The “No Ghosts” symbol has transcended decades, and soon we’ll see a couple of reboots coming to the big screen.  Now you can make those moments with others as Ghostbusters: The Board Game is out now.

Cryptozoic Entertainment today announced that Ghostbusters™: The Board Game, a cooperative tabletop game that lets fans relive classic moments from the beloved film series, is now available at retail stores and online. Ghostbusters™: The Board Game is the first officially licensed Ghostbusters tabletop game in nearly 30 years, available now for a suggested retail price of $85 in stores and at online retailers including Amazon.

“We’re such huge fans of the franchise and wanted to include as much as possible from the films and comics, to make it truly feel like stepping into the Ghostbusters’ shoes and being part of that larger team,” said Mataio Wilson, Lead Game Designer of Ghostbusters at Cryptozoic. “We’ve strived to create a game that meets the quality bar set by the franchise… and we’re excited to share this labor of love with our fans around the world.”

Ghostbusters™: The Board Game is an episodic adventure game for one to four players, who are charged with busting ghosts and sealing gates to the Spirit World. Starring the world’s most famous group of paranormal exterminators, the game includes three episodic campaigns, each with four scenarios that let players team up to bust ghosts and send them back to the spirit world… just don’t cross the streams! Its modular design features double-sided game board tiles to increase replayability. The game is customizable, cooperative, and highly re-playable. It’s designed for maximum pick-up-and-play appeal, simple for new players to learn while containing a wealth of features for board game veterans. With a mix of action and role-playing, strategy and luck, this tabletop adventure is appropriate for both younger players and longtime fans of the film series, cartoons, and comic books.

Sessions can be as quick as 20 to 30 minutes, or players can string together multiple scenarios to level-up characters in an epic ghost-busting campaign. At each of the five levels, Ghostbuster characters unlock new abilities to help out fellow players, attack and contain ghosts and move quickly around the board. Navigate the game world in the Ecto-1 converted ambulance, then wield proton packs, PKE meters and ghost traps by rolling custom die. Coordinate attacks with your fellow players, each of whom bring different strengths to the battle for New York City. With many scenarios and flexible storylines, plus a new online random scenario generator, the game is filled with action-packed ghost-battling fun!

Ghostbusters™: The Board Game features unique illustrations and figures based on original artwork and designs by Dan Schoening, the artist of IDW’s Ghostbusters comic book series. It includes the following:

To ensure that fans get the game of their dreams, Ghostbusters™: The Board Game was developed through a Kickstarter crowdfunding campaign and raised over $1.5M, making it, at the time, the eighth most-funded board game of all time.

Learn more about Ghostbusters™: The Board Game:

Purchase the game via Amazon.

While it’s wasn’t out for Halloween, I can see this as a great Christmas gift.  Be on the look out for this today!