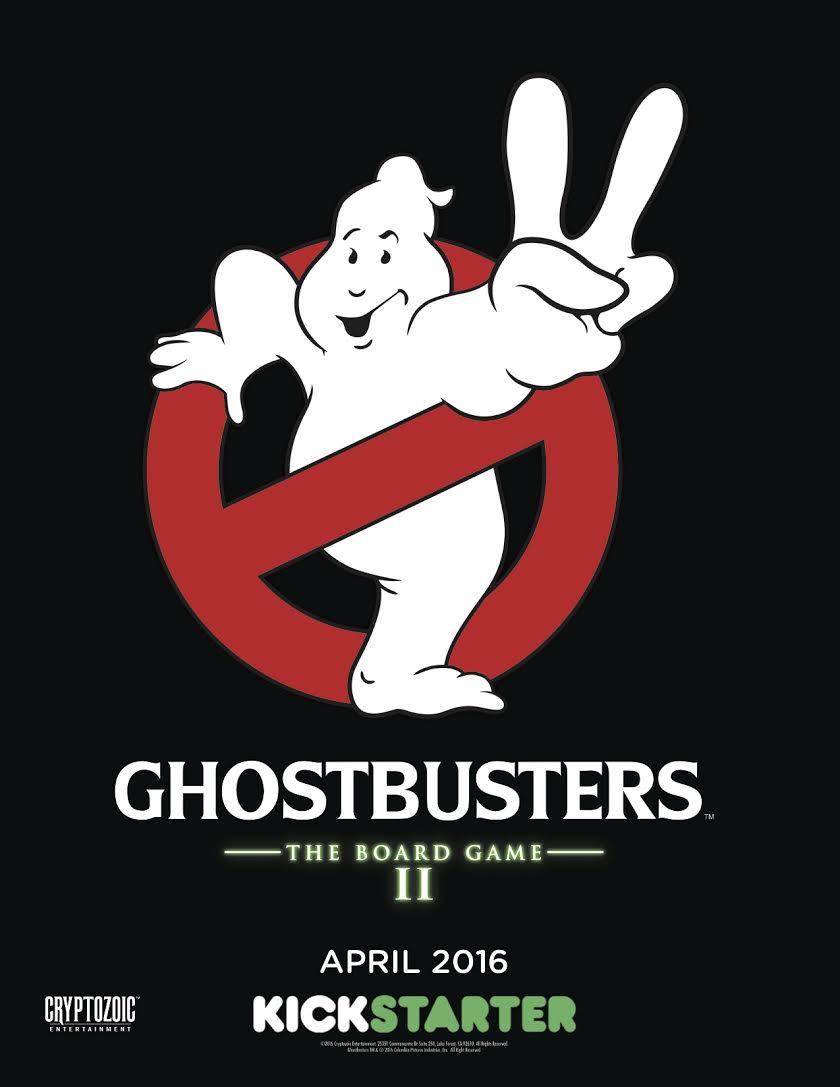 Following last year’s release of the Ghostbusters Board Game, we already have a sequel in the works for more world saving, ghost busting tabletop action.

Guess who’s coming to save the world again?

Cryptozoic Entertainment, leading creator of board games and collectible cards, and Sony Pictures Consumer Products are proud to announce the upcoming April launch of the Kickstarter campaign for Ghostbusters: The Board Game II!

Following on the heels of last year’s successful Kickstarter campaign and retail release of Ghostbusters: The Board Game, the second game in the series ups the ante with lots of new game elements, including Slime Blower Pack Ghostbusters, Ooze entities that can split apart and join back together, allies, new equipment like Ecto Goggles and Portal Destabilizers, and much more!

The game features an original story by Ghostbusters comics writer Erik Burnham that has the Ghostbusters investigating mood slime that has flooded the city, creating earthquakes and riots in another attempt to bring Vigo and his minions back. In line with the story, the map tiles in the game depict buildings destroyed by earthquakes and fires, as well as collapsed streets that expose sewers infested with slime, tunnels with derailed subway cars, and ghost trains. The impressive new figures are based on designs by Ghostbusters comic book artist Dan Schoening.

Cryotozoic Entertainment will have more information about Ghostbusters II and the upcoming Kickstarter in the days ahead.