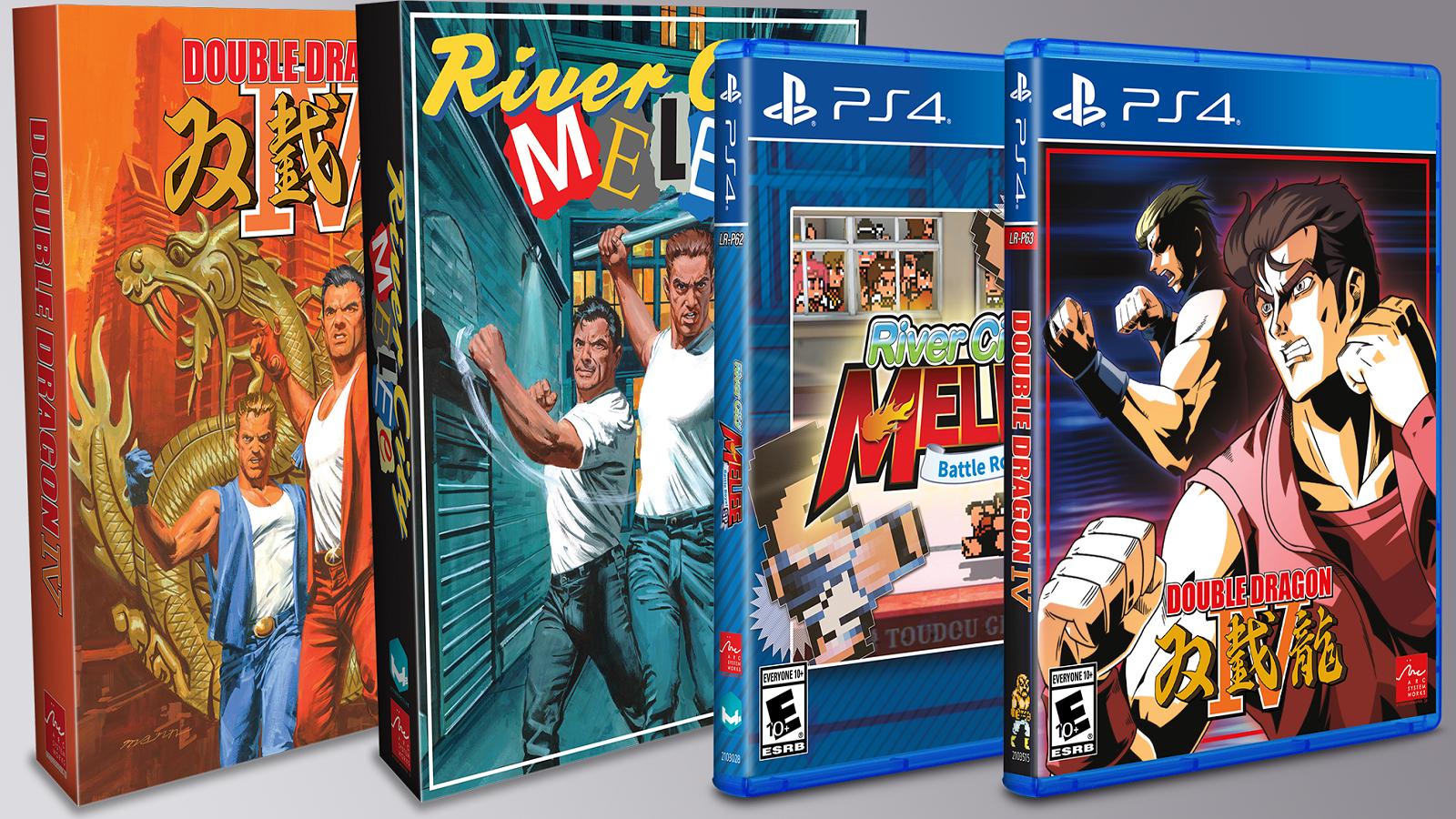 Limited Run Games has announced that it will release Double Dragon IV and River City Melee physically for PlaySation 4 this Friday, in an event dubbed “Famicom Friday”. The games will come in two editions, a standard edition and “Classic Edition”, which features NES style boxes and extra goodies.

Peaking in popularity around the mid-1990s, the Double Dragon games have served as the basis for a Saturday morning cartoon, a Marvel comic book series, and even a Hollywood movie! Millions of people have played and enjoyed a Double Dragon game – the series is so popular that Double Dragon II was one of just 30 games chosen for inclusion by Nintendo on their NES Classic console!

In the game, players take control of Billy and Jimmy Lee, two brothers who are the titular “Double Dragons”. The brothers are masters of an ancient martial art and use their abilities to protect the denizens from criminals on the streets of a post-apocalyptic New York City. Each game in the series has featured the brothers’ continued battle agains the evil Black Warriors. Double Dragon IV continues the story, picking up shortly after the events of Double Dragon II: The Revenge (which takes place chronologically after Double Dragon III).

River City Melee is one of the most recent entries in the long-running “River City” franchise of games (originally known in Japan as the “Kunio-kun” series). This series is perhaps best known to western gamers for the popular NES game, River City Ransom (or Street Gangs for our European fans). The series was created by Technōs Japan, the same company that originated Double Dragon! If you never played River City Ransom, you may have played Renegade, Nintendo World Cup, Crash ‘n’ the Boys, or Super Dodgeball, which were part of the Kunio-kun series in Japan but rebranded in the US to reach a wider audience.

Fans of the Scott Pilgrim series of comics may recognize the series from the comic’s repeated references to the games (defeated enemies “barfing” coins or the Crash ‘n’ the Boys band) – fans of the Scott Pilgrim game should note that the game was heavily inspired by River City Ransom, which was one of the first RPG/beat ’em up hybrids.

River City Melee is an arena-based beat ’em up brawler with hundreds of characters from the River City series available on the roster, as well as a special appearance by Double Dragon’s Billy and Jimmy Lee!

The games will be sold in two batches at 10 AM EST and 6 PM EST this Friday on the Limited Run Games site. Stay tuned for more news here on Gaming Trend.