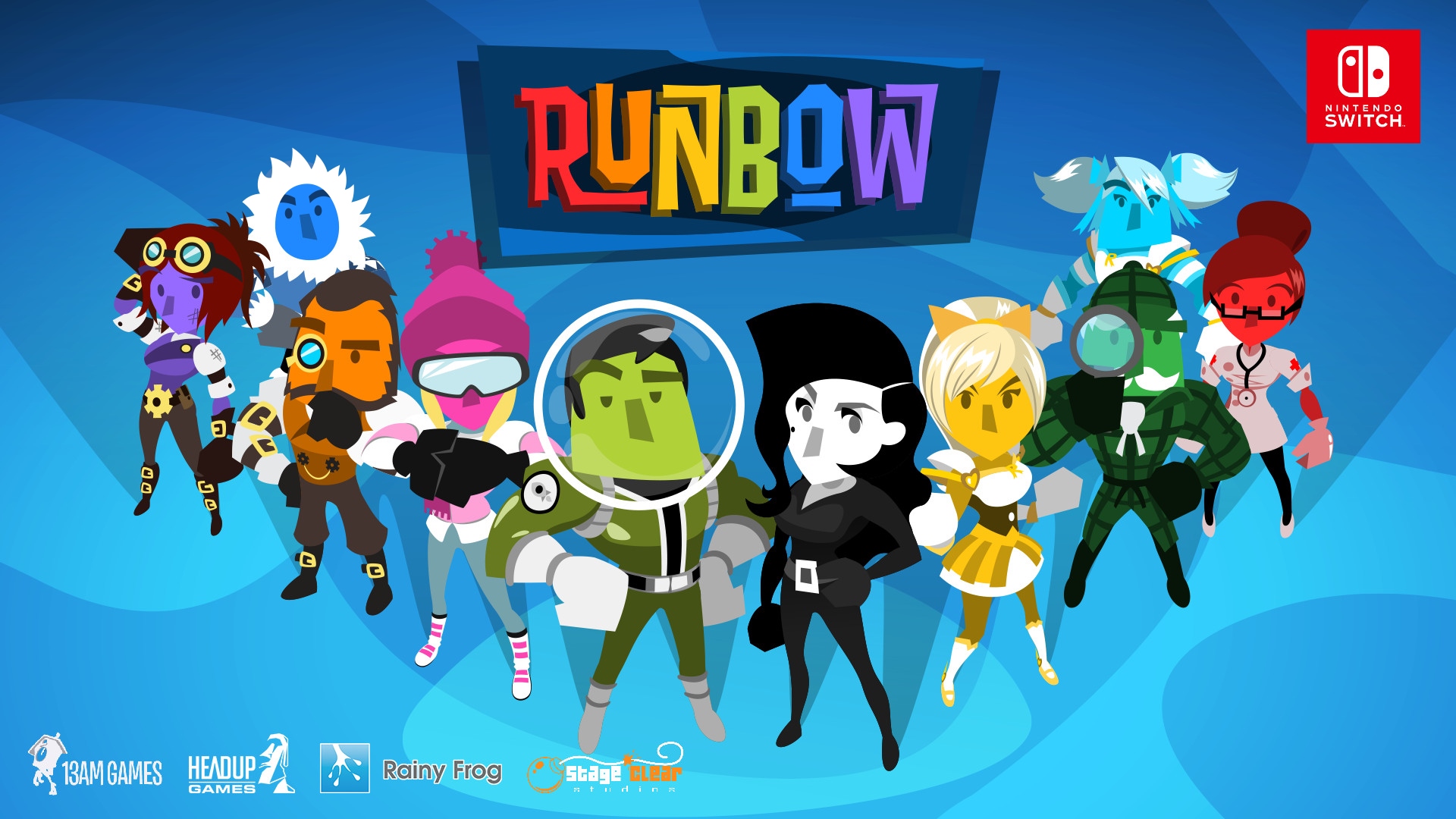 Today, 13 AM Games announced that it will release its eight-player local multiplayer game Runbow for the Nintendo Switch next year. The game will include all previously released DLC from the beginning, and will allow for nine-player online play around the globe.

Runbow is a fast, frantic game that will keep you running back for more. The world changes with each swipe of the background. Once the background matches the colour of platforms or elements of the environment, they disappear. If you can’t see something, it doesn’t exist – it’s as easy as that.

Blast through 140 single player levels or, due to Nintendo Switch’s possibility to use eight Joy-Cons on one console, grab up to eight friends and play different multiplayer party modes. Go online and experience Runbow with even nine players from around the globe.

In addition, 19 indie guest characters join the fray, from the protagonist of Teslagrad to Shantae. With the previous release of the game on Xbox One and upcoming release on PlayStation 4, there’s no reason to skip out on playing this game. In addition, 13 AM Games announced that it will be present during the Tokyo Game Show for participants to demo the game. Check out our review of the original Wii U version here, and read an interview with COO Dave Proctor here. Stay tuned for more news on Gaming Trend.