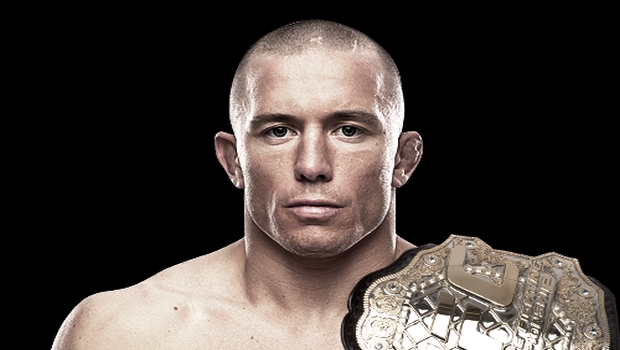 EA Sports UFC is right around the corner, and today we’ve got our first look at the in-game model of a fighter that has absolutely dominated the sport – Georges St-Pierre.  Though he recently announcing that he’d be stepping away from the sport and surrendered his belt, GSP ends his career at 27 wins and 2 losses – one by (surprise!) knockout to Matt Serra and a submission by long-time champion Matt Hughes whom he later defeated with a crushing shinbone-to-the-head knockout to take the belt.   Here’s a little bit about the nine-time defending champion:

GSP has been an unstoppable force in the UFC’s Welterweight division for the better part of a decade. Using a mix of strategy, skill, work-ethic and natural athleticism, St-Pierre remained one of the longest reigning title-holders in UFC history prior to his decision to step away from the sport for an indefinite amount of time. At the age of 32, MMA’s premier wrestler has built himself a legacy among the greatest mixed martial artists of all time. GSP was also one of the two finalists in the EA SPORTS UFC Cover vote before being edged out by Alexander Gustafsson.

While it may be a while (and possibly never again) before we see Georges St-Pierre return to the ring, it has been announced that he’ll be a playable fighter in the spring 2014-slated EA Sports UFC.  We’ve got an incredible screenshot to go with the announcement.  Stay tuned for more on the game as we get closer to the release.