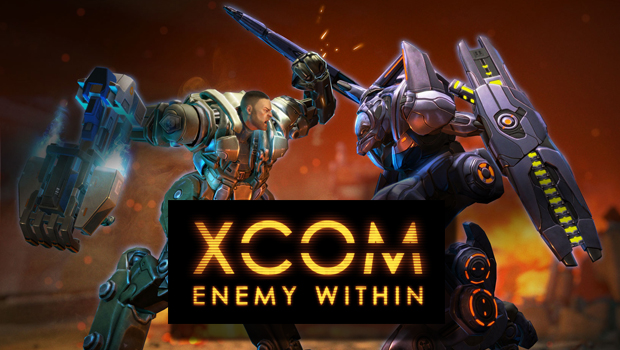 It’s been over a year since XCOM: Enemy Unknown first blew away gamers and critics alike with its unique blend of science fiction elements and turn-based strategic gameplay. So if you’re like me, you’ve already poured through each map and tweaked out every upgrade multiple times. Today, Firaxis aims to satisfy your conspiracy-based cravings with the release of their expansion title, XCOM: Enemy Within.

The expansion pack offers a variety of updated functions including new maps, weapons, and units. Lead Firaxis Games designer, Ananda Gupta explains, “The number one thing our fans asked for after we released XCOM: Enemy Unknown was more maps. In XCOM: Enemy Within, we’re giving players nearly 50% more maps in addition to a massive amount of other new content, providing nearly limitless replayability for XCOM commanders to enjoy.”

Besides the growing alien threat, which now includes two new enemy alien units, the Mechtoid and the Seeker, XCOM: Enemy Within also explores a new storyline that pits you against a covert human organization known as EXALT. This power hungry group of backstabbers is using the chaos of the alien invasion as an opportunity to pursue world domination.

Luckily you’re given a new arsenal of upgrades to help tip the scales in your favor. The Genetics Lab lets you get all Gattaca (great flick) and enhance your soldiers with new brains, eyes and muscles. You can also use the new Cybernetics Lab to build your own squad of MEC Troopers that can stick it to the aliens with rocket launchers and flamethrowers.

XCOM: Enemy Within is available in North America today for PC, Xbox 360 and PS3. It will release internationally on November 15, 2013. Until then, check out the trailer below and let us know what you think in the comments.