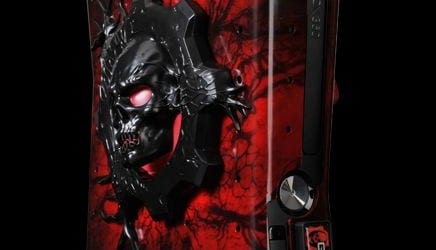 Gears of War 3 is one of the biggest releases of the year, and it’s coming out next week.  If you’re a huge fan of the series, then you might want to make your Xbox 360 slim look like a tribute to the game.  Calibur11 has you covered.  They have the Gears of War 3 Vault, which goes over your Xbox 360 slim and features an LED on the side that glows every time a character is killed.  Not only that, but you get a code for a chance to win your very own COG suit.  Don’t worry, you don’t need to buy the GoW3 Vault to enter into the contest.  Take a look at the Press Release for more details, and look at the video after the jump to see the Gears of War 3 Vault in action.