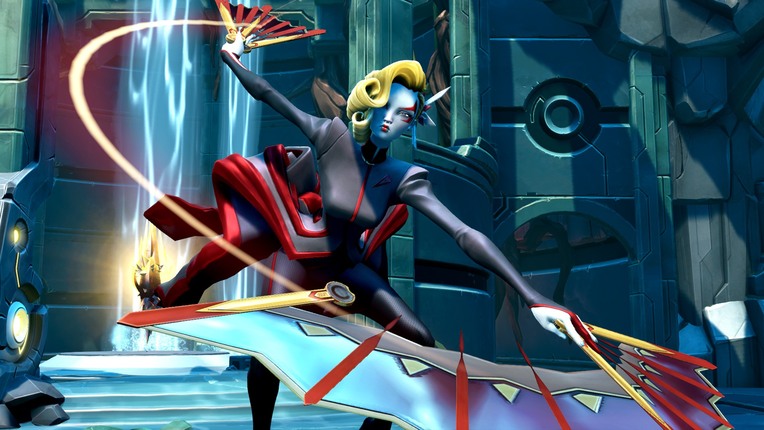 The first up is Trevor Ghalt, who IGN describes as “a military veteran, and someone’s who’s been around the block, has seen a bunch of those wars and conflicts firsthand.” You can check out Ghalt’s nearly 14-minute-long reveal trailer below, courtesy of IGN:

The second character is a thousand-year-old spymaster named Deande, who utilizes stealth adn deception to gain the upper hand in battles. This includes being able to clone herself and use the copy as a decoy that other players will focus on.

After a delay out of February, Battleborn is coming to PC, PlayStation 4, and Xbox One on May 3rd. The game recently underwent a closed beta testing period, with an open beta coming to PlayStation 4 first early in 2016.

For more on Battleborn, check out our latest preview and interview with 2K about the game.