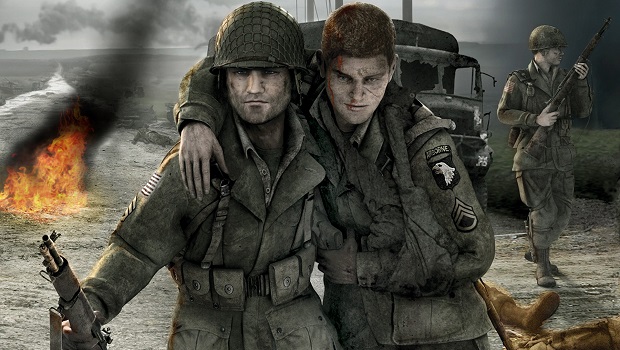 Gearbox’s list of projects grows as it has been confirmed that it is also working on a new game in the Brothers in Arms series.

Speaking to IGN at Develop: Brighton, Gearbox’s Randy Pitchford revealed that the next Brothers in Arms game was in the early stages of development, and that the studio would be seeking external help on the game.

I think the next Brothers in Arms game has to be authentic and we have been working on that,” he says. “I feel we have unfinished business there with both the fiction and the history and I’d like to get into that. I spend a lot of time thinking about it.

“Sadly it takes a lot of resources, energy and money to do what must be done, so it’s not something I feel I could completely do alone. I need good partners for it, so we’ve been talking to great folks but it’s really putting all that together that’s the limiting factor. Once we put all the partnerships together in terms of publishing, collaborators and creatives, we can talk about it.

“I feel like I’m on the brink of it, but we’re not quite there yet. Once it happens development will really take off and then sometime after that – if we don’t completely kill ourselves – we’ll announce. But we’re in the incubation phase with the next one there, for sure.”

Pitchford also revealed at Develop: Brighton that Gearbox is working on a new Duke Nukem game, adding to the studio’s work on a new Borderlands and the upcoming MOBA-shooter Battleborn.

For more on Gearbox, check out our thoughts on Battleborn’s showing at E3.