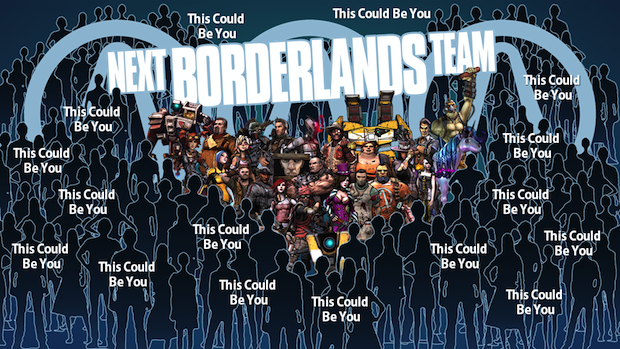 Gearbox has announced that it’s now hiring for the next game in the Borderlands series.

The company’s president, Randy Pitchford, posted on his Twitter that the company is recruiting for the new game, but there are still no proper details about what the next game in the series will entail.

Both Borderlands 2 and Borderlands: The Pre-Sequel are coming to PlayStation 4 and Xbox One as part of a Handsome Collection, though there’s still no word on whether the original game will be come to current-gen consoles as originally rumored.

For more on Borderlands, check out Gaming Trend’s review of The Pre-Sequel, as well as our ongoing impressions of Tales from the Borderlands.