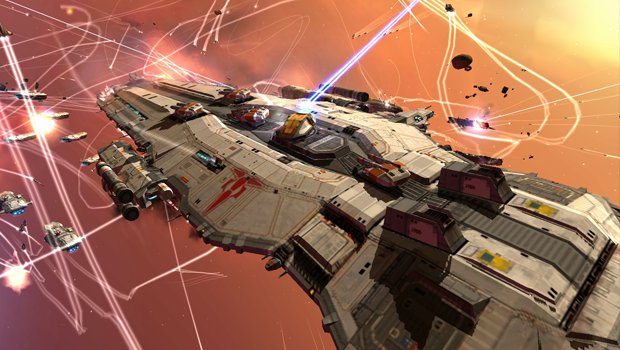 Homeworld fans may someday be able to play the game on a touchscreen device, if the thoughts percolating in Randy Pitchford’s mind bear fruit. Toucharcade is reporting that Gearbox’s head is considering a tablet port of the 3D strategy title, though considering this was revealed in a casual twitter conversation, expectations should be moderated accordingly. Still, the prospect of serious RTS gaming on a tablet device is pretty enticing – and it’s not as if tablets and phones constitute minor gaming markets these days.

I suppose at this point Homeworld devotees would be happy with whatever they could get as far as new releases in the franchise goes. Still, it’s encouraging that the major hurdle being discussed here is related to the interface aspects of a tablet Homeworld title – indicating that concerns over processing power are fast becoming a thing of the past for these devices, even for more serious, traditionally desktop/laptop games.