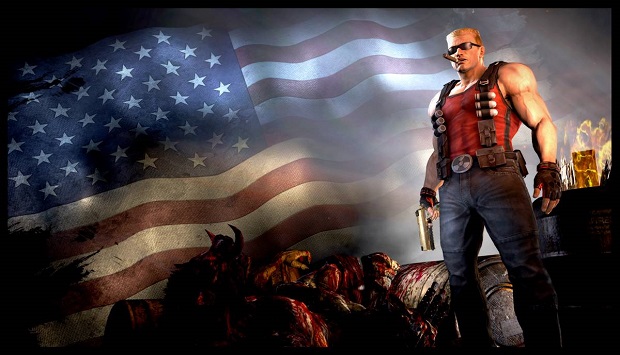 Gearbox is now in the early stages of development for a new game in the Duke Nukem series.

IGN reports that, while speaking at Develop: Brighton, Gearbox’s Randy Pitchford revealed that the studio has already begun to develop concept work for the game, not wanting to leave the series on the sour note of Duke Nukem Forever.

I did not acquire the franchise merely so we could all experience Duke Nukem Forever. That was the toll to pay to give Duke a chance. That said, I liked that game,” he said. “I got to see it from a slightly different perspective and it was marvelous to me.

“We’ve done some concept development [for a new game] and I think the challenges are there. Gearbox is very busy. I think the faster way is that a correct developer can become interested and we can work with them. I think it’s a challenging problem. But, I’ll tell you one thing. When it does happen, there’s no doubt that the whole industry will turn its head and look.

“Getting attention is one of the hardest things to do. In fact, that’s probably the biggest challenge that [Duke Nukem] Forever had. For 10 years, these guys promised that it was going to be the greatest game ever right? It was legendary in its vapourware status. So it has this particular pole of attention that makes it probably three or four times more famous than Borderlands as a franchise. Not necessarily from a gamer’s [perspective] that are really clued in to what’s going on in game development in the industry, but certainly among the greater whole community.

Gearbox began development on the Duke Nukem franchise back in 2010, and released Duke Nukem Forever to middling-to-negative reviews.

Alongside this new Duke Nukem, Gearbox is currently working on a new game in the Borderlands series and its upcoming MOBA-shooter hybrid Battleborn.