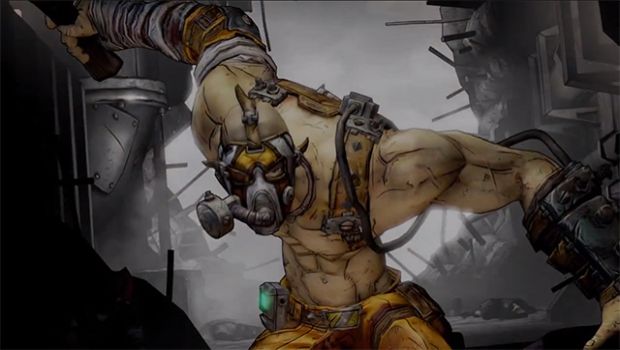 PAX East 2013 has been in full swing all weekend, and an exciting announcement from Gearbox and 2K Games revealed a bevy of new options that players will have access to in Borderlands 2, including a sixth playable character class, 11 extra levels of experience, and more.

With the introduction of Krieg, a member of the Psycho Bandit character class, players will get a chance to try out his “Buzz Axe Rampage” skill, which promises to be rather satisfying. Fans of the game will also be pleased to learn that the level cap will be raised from 50 to 61, which drastically increases your character’s capacity for experience growth, along with skill tree expansion. You can buy Krieg himself in May for $9.99, or 800 Microsoft Points. Another interesting part of the announcement described a new weapon class, Pearlescent, which is reserved for the rarest treasures available in the game. The new level cap will be included with the Ultimate Vault Hunter Upgrade Pack for $4.99 (season pass-holders will be able to download it for free), which they’ve scheduled to come out on April 2nd, a month or so ahead of the Psycho Pack. However, you won’t be able to access Ultimate Vault Hunter mode unless you’ve beaten True Vault Hunter, and your character has attained level 50.

[singlepic id=11299 w=320 h=240 float=left]Given all the variation contained in the game already, this announcement was rightly taken as a very generous bonus to a game with a well-established following. Borderlands 2 has garnered generally favorable reviews since its best-selling release in September of last year, and these expansion packs should inject a bit more life into a sequel that shows no signs of wearing out its welcome. Check out the video below for more details on Krieg.