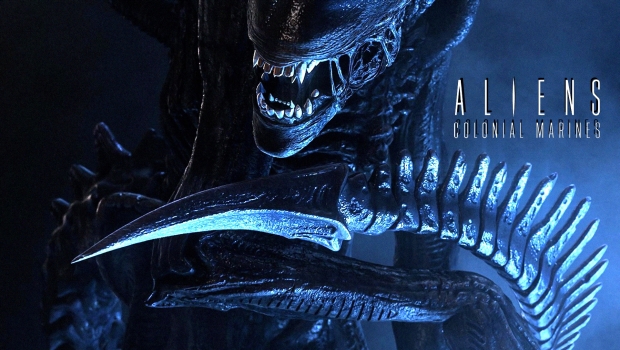 Want to know how to piss off the press?  Show them a scripted CGI demo and then pass it off as “actual gameplay”.  Well, Randy Pitchford did exactly that for Aliens: Colonial Marines and that has earned both Gearbox and Sega their very own lawsuit!   When the game was dropped on an unsuspecting public, the Internet hounds set upon the game like a piece of meat.  Dredging up the E3 demo and doing comparisons between the 2012 presentation and the 2013 final product made it look like development in reverse.   Well, Edelson LLC has filed a lawsuit in Northern California on behalf of plaintiff Damion Perrine citing a number of law infractions (civil and business codes).  Could this turn into a class action lawsuit?  As consumers line up with torches and pitchforks of their own, you can bet that it’ll at least change the way publishers and developers show off their products at trade shows.   Here’s a nibble from the Polygon editorial when they hit up Edelson for a comment:

“The gaming community had a strong reaction to the release of Aliens: Colonial Marines,” Edelson LLC’s Ben Thomassen told Polygon. “We think the video game industry is no different than any other that deals with consumers: if companies like Sega and Gearbox promise their customers one thing but deliver something else, then they should be held accountable for that decision.”

I couldn’t agree more.   David and I took the game for a spin in our Hit Points segment showing the herky-jerky Aliens, the 2D flames, and the general malaise towards level development and quality that was given to this game.  How Gearbox can be responsible for a game like Aliens: Colonial Marines as well as the two Borderlands 2 titles just creates an odd disconnect.  Now we are left to wonder if Timegate Studios will also get sucked into this vortex. We’ll keep you posted as this unfolds.