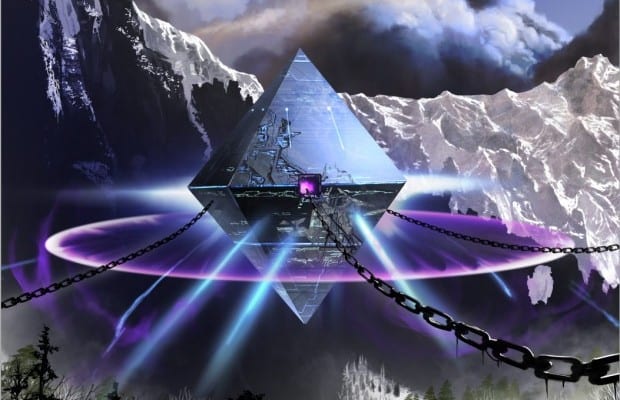 If you have played Magic: The Gathering or Ascension, then you have played games designed by Dr. Richard Garfield or Justin Gary.  These two have teamed up to create a new digital collectible game called SolForge, and they have just put it up on Kickstarter.

Combining the strategy and depth of a traditional TCG with the convenience and ease of use of an online and mobile gaming platform, SolForge will utilize the best of both to create a brand new gaming experience. In a major shift from traditional digital trading card games, the core mechanic of SolForge will be card transformation, where players’ cards will actually change and level up as they are played. The card’s powers will grow, the art will change, and players can watch the transformations happen in game.
In addition to transforming cards, SolForge will offer players a robust single-player campaign where their actions in game can directly impact the story of the world. In SolForge’s fully-featured Player vs. Player (PvP) mode, players can challenge friends to matches in a variety of game play formats. There will also be tournaments that will feature different deck building requirements to test the mettle of even the best players. SolForge will launch initially on the iOS with plans to launch on other platforms (Android, PC, etc.) in the future.

Sounds ambitious, but I have a feeling that the gameplay will be solid.  It will also be portable since it is coming out on iOS.  Check out their Kickstarter page for more info.