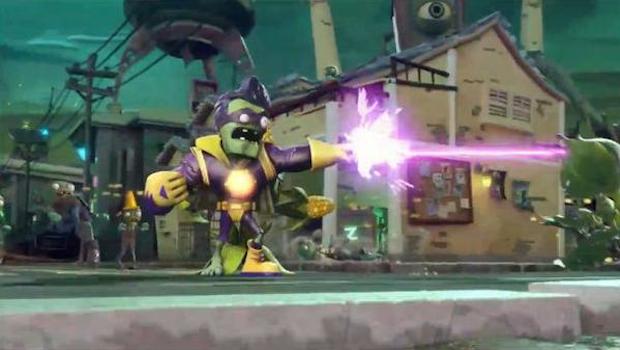 The trailer showed off more of the franchise’s signature vegetation-based carnage, including several new characters. or the plants, a rose character will be able to polymorph zombies into goats, an ear of corn shot kernels like a gatling gun, and an orange transformed into a walker tank, complete with citrus-based shields.

On the zombie side, a space zombie was shown with dual blasters and a space mech. Another toted a giant laser, and a pirate zombie ran around doing pirate things.

The follow-up to Garden Warfare will release in spring 2016.