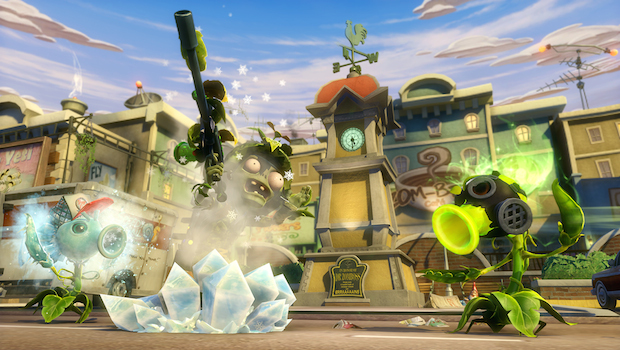 After premiering at Microsoft’s E3 conference this morning, Plants vs. Zombies: Garden Warfare 2 has had even more features announced at EA’s conference.

Solo play will be added to the game, with any game mode being available for single player play. Local co-op will also be added to the mix, allowing player to hold off hordes of zombies (or plants) in couch cooperation.

All unlocked characters will transfer from the first Garden Warfare to the second, ensuring you don’t lose any progress in the switch. Content updates to Garden Warfare 2 will all be free as well, so there won’t be any segregating of the community due to DLC.

Plants vs. Zombies: Garden Warfare 2 will arrive in spring 2016.