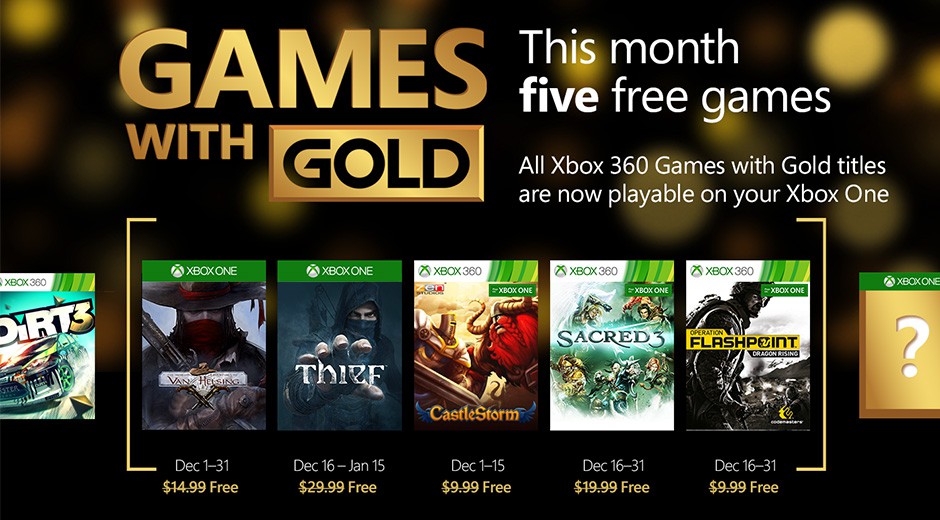 Microsoft has announced the final round of Games with Gold offerings for 2015, and there will be five games in December rather than the usual four.

The Xbox Wire lists the following games that will be free for all Xbox Live Gold subscribers in December, all of which will be playable on the Xbox One through the system’s Xbox 360 emulation.

* The Incredible Adventures of Van Helsing ($14.99 ERP): Available from December 1-31 on Xbox One

As these games become free, November’s offerings will revert to paid status, so get those while you still have the chance.