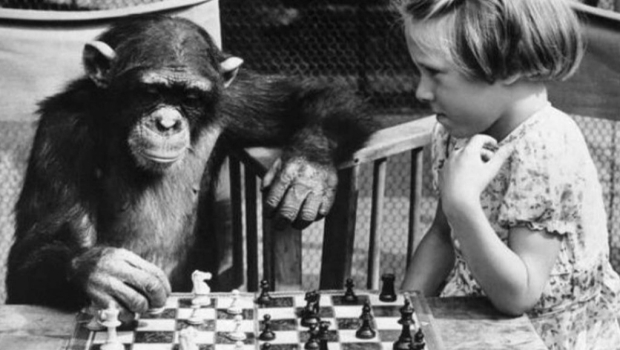 Christmas Morning. The excitement of finding shiny-wrapped boxes under the tree with my name written on each card. Dreams fulfilled. For kids, Christmas morning has less to do with Baby Jesus and more to do with wanting something really, really badly and having some expectation of getting that thing we want. I’m an older kid now, and maybe kids don’t wait for that kind of gratification once a year like I had to. But kids of all ages always want something; need or desire is an ingrained characteristic of human nature. Cutting deeper into the philosophical layer-cake, it is simply “The hunt,” that which bonds us inextricably to the kingdom Animalia. It is the same impulse which fuels our desire to play games.

I’m obviously a total gaming geek or I wouldn’t be volunteering several hours every week contributing to this site. I like games so much I design my own. When I was in high school I had an idea for a strategy war game where players engaged in a modern American civil war. This was a great idea (I thought). A player can choose any State, from Florida to Alaska, Hawaii to Maine, with the goal of securing recognition as a sovereign nation. There was diplomacy and technology and warfare, and economics and tactics and something I called the “State of the More Perfect Union.” All of these painstakingly-developed concepts were complete with detailed instructions and examples in a comprehensive, 50+ page rulebook. I bought a US map, outlining regional alliances, geophysical attack and defense modifiers, sea zones and river transport lanes. I assigned resource points and starting military units based on actual production and base data. I devised a simple method for determining turn order called the “Lightweight Bureaucracy rule.” And to keep the game moving toward chaos there were Federal Government major action cards and random event cards. It was a thing of beauty, epic in scope yet elegant in prosecution. After nearly 20 years of work only one thing remained: Playtest.

Earlier this year my long-time friend and collaborator on this project finally convinced me it had to be played. It was “ready” to be played. I wasn’t sure, but there comes a point in ever creative effort when the thing must be revealed. Given the right group of confidants, playtesting can be a valuable experience, exposing deficiencies and highlighting strengths. Intuitively, I understood the most important question to answer was, Is it fun?

Secession turned out to be no fun at all. My thoughtful gameplay elements, seemingly interesting on their own, failed to flow together and succeeded only in slowing down an already painful session. The group wasn’t right either, devolving to a contemptuous discussion about the unlikelihood of the theme. Those problems may eventually be solved, but first I had to discover for myself how I got it so wrong. Chances are, you are also a total gaming geek or you wouldn’t be reading this, so you probably already know why my game sucked. I focused entirely on gameplay without any thought at all as to why anyone would play the game.

I didn’t understand (and still don’t, honestly) human nature. I can analyze systems and solve complex problems, but I am blessed to have met a woman who was willing to spend the rest of her life tolerating/ignoring my many, many faults. Like any Darth Vader sympathizer, I had to work to learn the organic motivations of my target audience. It turns out the business world is going through a similar exercise and has coined a term: Gamification. As with any abstract idea, competing theories abound, but here are the common core tenets.

1. What Makes Us Tick – People do things for different reasons. To say it’s human nature or animal instinct is to oversimplify. “The hunt” describes basic need, but if I want to know why someone likes or hates to play my game, I need to understand more specifically what they want to sense and feel by playing it. Professor Richard Bartle groups MMORPG gamers into four types: Achievers, Explorers, Socializers, and Killers. The names are good descriptors, but for the sake of clarification, Achievers play for prestige, success, and to accumulate rewards. Increasing character skills, building railways, and becoming the millionaire tycoon are examples of gameplay elements which compel Achievers. Explorers are in it for the thrill of learning the secret of the mysterious mansion, or solving puzzles which reveal the next clue. Socializers want interaction. Think live-action roleplaying. Bioware has seized on this idea, building dense relationship trees into a series of successful rpgs. Killers want to beat the next man. Competition is what drives them, and they feed off the competitive fire of others. The first question for every game designer is, “What type of person will want to play this game and why?”

2. Our Most Valuable Resource Is Time – When we’re young, time is of little consequence. Now I’m 38, and I am not going to waste an hour playing a game that I think is lame. Well, I won’t do it twice. Like every form of media/entertainment vying for our precious time, games need to present an appealing idea, capture our attention quickly, and keep it. And then it has to do it again. Why are there sooooo many movie sequels? The same reason there are soooooo many expansions for Dominion. The problem most creative endeavors have is in keeping people interested, i.e. Replayability. Game designers can do this artificially with expansions, profiting at the same time. But there are no expansions to Chess, or Monopoly, or Clue, and yet we keep playing. When a game is properly matched to its ideal consumer, is effectively marketed and then delivers in terms of gameplay it can succeed on its own merits indefinitely. Arkham Horror has that kind of staying power, as well as Ticket To Ride and a few other very successful modern board games.

3. Games Shouldn’t Be Too Much Like Real Life – The challenge for the business world in Gamification is that people tend to think of work as, umm, work. I lead enterprise projects for a global corporation. I do interesting things and work with interesting people, but would I call it “fun?” I’m encouraged to be creative, competing for resources and ideas, collaborating to achieve objectives and demonstrate results. Very little luck is involved – to the extent I am willing to persevere and overcome obstacles I control my own fate. If (when) successful, I am rewarded with prestige (and sometimes money!) Sounds like a helluva good game; it certainly has all the necessary elements. But I don’t work constantly. I go home and hang out with my wife, watch tv or read a book. And sometimes I play a game. People need a break from the stress of real-life. Often, there’s too much on the line. I rarely think about taking a moment to relax at work because there’s so much that needs to be accomplished, and not succeeding is a bad outcome. Games that create stress need to balance other dynamics which mitigate that stress. Having a compelling theme, or lighter elements, offering treasure or intrigue, or the mindless escape of cutting through a zombie horde can be effective means for taking the edge off a “heavy” game.

Ok, so knowing these things doesn’t guarantee I can make Secession work. But it does help me understand why it doesn’t. Now when I think about Secession I think about similar games and their strengths. Axis & Allies appeals to analytical people with a competitive hot streak. It leverages historical scenarios and game play, and the combination of units and strategic possibilities keeps players coming back. Game Of Thrones (the board game) is an unsurpassed Social experiment. Not since Diplomacy has a game so effectively encouraged paranoia. Civilization forces players to deploy resources judiciously, pursuing technologies and strategies appropriate to their geopolitical neighborhood. Secession tries to do all of these things, so first I need to answer the question, “who and why?”
> Achievers? No.
> Explorers? No.
> Socializers? Yes.
> Killers? Yes.

Alright, that helps a little. Next, what is most interesting about Secession? It is a political war game. That will excite some and burn others. Probably looking for a male audience, and older, the 30-45 range. Me, more or less. Well, then, what do I want? I want variability. I want to be able to “win” in a variety of ways – by being aggressive or clever or subtle, or to be dynamic. To me, those qualities typify the best strategy games. For Secession, I think it means give equal credibility to Diplomacy and Warfare. Emphasize gameplay over the volume of game elements. Most importanly, give the target audience what it wants, interaction and competition. I’ve got work to do, and plenty of it.

This is truly a golden era for board games. But for every A Touch Of Evil there’s a Conquest of Nerath. Slick marketing may get people to buy, but it cannot get people to play the game again. Nothing is more dissapointing than unwrapping the box and finding something you didn’t want, or worse, discovering that the thing you wanted really, really badly turned out to be totally lame.