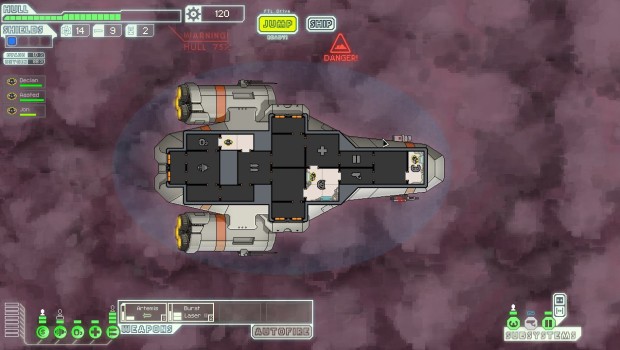 Welcome back to Games for the Masses, where we help you pay less to play more!  The Gaming proletariat is in a bit of a funk, watching as our wealthier oppressors get their shiny new PS4s and Xbox Ones.  Never fear, comrades–there are plenty of great games for you to assuage your jealousy–starting with FTL!  You’ve probably heard about this space-based roguelike by now.  If you haven’t given it a chance, you’d do well to pick it up at the new Humble Store–it’s less than 5 bucks, and you’ll get a whole lot of new content early next year!

Other big deals this week?

Dungeon Keeper will let you do your worst evils, and you’d have to be feeling pretty wicked indeed to think it’s not worth less than $3.

Legend of Grimrock is another on sale at GoG.  $5 nets you the challanging old-school cRPG to keep you busy while your friends play with their new consoles

Moving over to Steam, Kerbal Space Program is a great investment.  At once both a simple ship building experiment and incredibly detailed spaceflight simulation, it wont’ take long for Bob and Jebidiah Kerman to win you over.

The WB Bundle is pretty much a no-brainer.  Arkham Asylum is a modern masterpiece, and F.E.A.R. 2 isn’t exactly terrible either.  Pay about $5 for Arkaham City, the Mortal Kombat Arcade Kollection, and the sublime F.E.A.R.

Those are the best deals we could find this week.  If you’ve got one that we missed, leave a comment below and let us know about it!  Until next week, game on, comrades!