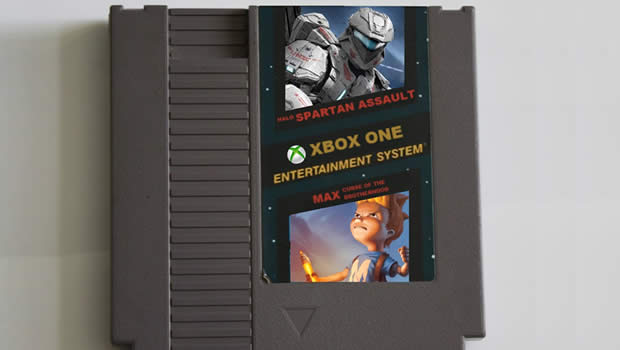 Wondering what extra value your Xbox Live Gold account holds, now that premium services such as Netflix will be available to non-gold accounts?

Microsoft revealed that the Games with Gold, which is currently available for Xbox 360, will finally commence for Xbox One owners in June. Unlike the titles available for 360, you will need to maintain your gold account to access the free games, and you must download (or likely simply `purchase`) them during the promotional window.  Since Gold accounts are active for both Xbox 360 and One, this means you`ll be eligible for games on both platforms. Xbox 360 games are still for keeps – so if you cancel Live Gold, you won’t lose those games.

June Xbox One owners can expect Max The Curse of Brotherhood to be available early on. As a charming puzzle platformer with only a few frustrating moments, it starts off easy and finishes well – you can check out my review here.  The latter half of June sees it replaced with Halo: Spartan Assault – a title that Keith recently reviewed on Xbox 360. There are more surprises planned according to Microsoft which include price breaks on Forza Motorsport 5 and Ryse.

Having played through Halo: Spartan Assault entirely on multiple platforms including Windows, Windows Phone 8 and Xbox One, I can tell you that it really is a solid dual-stick shooter with a fair amount of options and works best with a controller. The Xbox One version had a bug in particular not seen in the other versions I played – when getting out of a vehicle or turret the fire button was automatically held down (you tap fire to make it stop). Not a deal-breaker (and I haven’t played it recently) but we hope this has already been fixed. The One version also has a co-op option with five survival levels where you take on wave-after-wave of enemies. Packed with tons of challenges and achievements, the game is also saddled with the smattering of free-to-play type options where you can buy credits to start with better equipment – a practice we’re not particularly fond of.

These are certainly better selections than the obtuse Crimson Dragon or the not-so-popular Lococycle, though Travis was able to glean some fun from it, it’s just too bad that neither is a full retail release game.

Those interested in 360 titles can look forward to the bonus title Super Street Fighter 4: Arcade Edition in addition to Dark Souls and Charlie Murder. If you’ve got a Gold account, you can keep checking here for the latest games available.