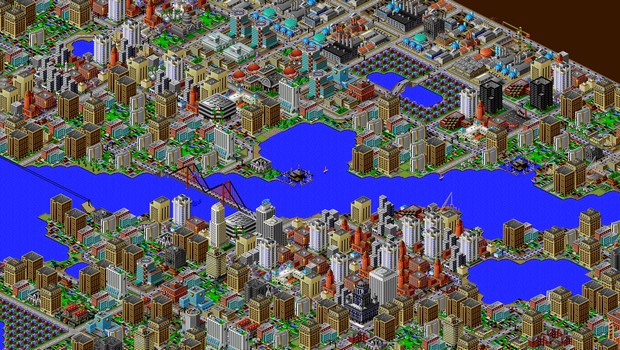 Welcome back to Games for the Masses, where you pay less to play more!

This weekend there’s no need to beware the Ides of March unless you work at Maxis. Yes, the ongoing debacle over SimCity’s faulty servers and sketchy AI continues but GftM has you covered, Comrade. If you’re feeling a bit let down by the DRM and tiny cities in EA’s latest urban simulator, we’ve got some choice picks to help you stick it to your capitalist oppressors.

SimCity2000: The classic. You’d be hard pressed to find a better urban simulator. I found it better than the original, with more depth and better graphics. The pinnacle of the SimCity franchise can be yours for 5.99. Just don’t even bother trying to design a subway system—you need a Ph.D in civil engineering just to understand how the subterranean building tools work.

Tropico 3: A bit tricky to learn, but once you get the hang of it you’ll be oppressing the population of your island paradise with glee. The game is absolutely beautiful, and is a lot deeper than you might guess at first. GftM enjoyed Tropico 4, but the fourth installment in the series is a bit too pricy for GftM to recommend at the moment.

If subjugating the people isn’t your brand of vodka, you can also pick up a few fantastic indie games over at Greenman Gaming.

First up is To the Moon, a 4 hour interactive novel that will leave you breathless. This game displays storytelling at its best, and for less than 3 bucks you’ve got very little reason not to pick it up. The soundtrack alone is worth the purchase. You’ll never get the heart-wrenching “For River” out of your head.

But maybe you’re looking for something a bit more exciting? How about taking a look at Dark Vale’s Forge—an exciting mix of WoW and TF2. It’s half off this weekend, and while it was missing a few features, the game mechanics themselves are a lot of fun.

There are two big bundles going on right now as well. First up is the Humble Android Bundle 5. I can’t speak much about it, as I’ve only played Sword and Sorcery, but I’ve heard a lot of good things about Super Hexagon and Dungeon Defenders. You’ll also want to take a look at Indie Royale’s Thoughtful Bundle. You’ll have to make up your own minds about this one—I’ve only played a few minutes of AAAAA– A Reckless Disregard for Gravity for a few minutes. The rest of the bundle is a mystery to me, but I’ll point it out for completion’s sake.

That’s it for this week. If you know any other great deals this week, leave a comment below. Until next time, game on Comrades!