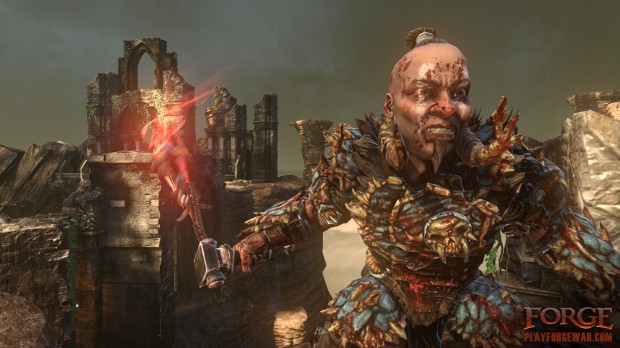 Welcome back to Games for the Masses, where we help you pay less to play more!  We all know you can’t beat free, and following that logic leaves us with only one choice for this weekend’s headliner: Forge.  This weekend you can play Dark Vale’s class-based shooter to your heart’s content without paying so much as a penny.  Go ahead, give it a shot–you’ve got nothing to lose.  If you like it you can even pick up a copy for yourself for a measly 5 bucks.  Or you could give this week’s podcast a listen and win the game, with a little work.

Other deals for the weekend?  Let’s have a look:

Rockstar Games is having a massive sale on Steam, with nearly every game in the Rockstar portfolio getting at least a 50% discount.  If you’ve ever wanted to go back and see what all the hype was about for franchises like Grand Theft Auto or Max Payne,this might be your best chance to do it on the cheap.

Brütal Legend ($10)–This is a divisive one; the people who like it love it, the people who don’t like it hate it.  I haven’t played it enough to make a decision one way or the other but I’ll admit I’ve always found the fake heavy-metal universe to be petty amusing.  Plus it’s a Double Fine game–and even bad Double Fine games still come out pretty well.

Mass Effect 2 ($5)–I don’t think it would be a stretch to say Mass Effect was one of the defining franchises of the soon-to-pass console generation, and Mass Effect 2 was the highlight of the franchise.  Managing to smooth out nearly all the interface problems from the Original, this space epic also avoided the storytelling pitfalls of trilogy’s closing act.  The story is essentially a retelling of Seven Samurai in space, but it’s compelling enough to keep the player engaged, especially if they’ve played the first game and can see all the points where the two games interact.  Just make sure your Shepard is a woman–Jennifer Hale does an amazing job as FemShep’s voice actor.

Hotline Miami($5)–Another one I haven’t played, but David absolutely loves this game.   The action is fast, the graphics are lo-fi, and the music is incredible.  Try it for yourself if you’re curious what all the hype is about

If you’re looking for a lot of bang for your buck, be sure to check out the two the Humble Mobile Bundle, which looks like it has a unique mix of games.

Those are the best deals I could find this week.  If I missed a big deal, be sure to let me know in the comments below.  Until then, game on Comrades!