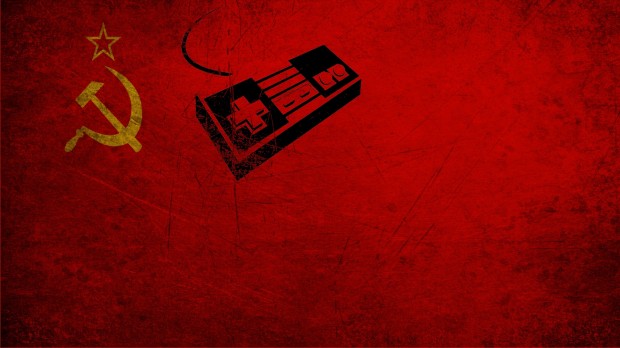 Games for the Masses has always been my attempt at populism, and while I usually take this time to adopt a goofy Russian accent and play faux communist to add a bit of flavor, I think I’m going to take this chance to get on my soap box instead.  There’s still a ton of good deals this week, and you’ll find them below, but I’m going to talk–just a bit–about why I feel so strongly on the subject of used game sales.  Anybody who’s seen my Twitter knows what side I’m on here, but they might not know why.  This isn’t anything like a rational argument, merely an explanation of why it’s so important to me.

There are a lot of people who are equating the fight to protect used game sales with protecting Gamestop,  and I think that’s pretty unfair. I don’t shop at Gamestop.  I think their pricing practices are villainous abuse. When I say I want to save used games, I don’t care about Gamespot in the least.  What I worry about is the future of gaming for a vulnerable group of people who already have a lot of trouble legally acquiring games.

I’m poor. Not “lower-middle-class,” or “in a rough patch.”  We’re talking “can barely cover rent + food, don’t have a TV, can’t go to the bar with friends, hasn’t bought an AAA game at launch in years” poor.  When I traveled to San Francisco to cover GDC I couldn’t afford a hotel, so I spent four nights sleeping in my car spooning raw chili straight out of the can (the picture below is one of said cans). You might tell me to cut out the things I don’t need?  They’re gone. They’ve been gone for a while.  And it’s not just me.  There are tens of thousands of us out there who know that being poor is really, really stressful.  We work and we work and we work and we never seem to get anywhere, and sometimes we just want to spend a few hours shooting aliens or painting feudal Japan to escape the mundane stress of it all.

[singlepic id=12919 w=320 h=240 float=left]The problem is, gaming is really, really expensive. Around the time the PS3 and Xbox 360 were coming out, new consoles were $400 bucks or more.  And even if we had the consoles, new games were over $60. With strict budgeting, that would take months of extra scrimping beyond the limits already imposed by poverty just to get the game–having cash to buy a new console was unfathomable.

This left us with few options if we wanted to play games–to escape the toil and privation for just a few hours.  We could pick up indie games, but the selection wasn’t that great back then.  There were a few out there like Braid–if you already owned a 360–or World of Goo, but this was before the indie scene was as vibrant and populated as it is today. We could resort to piracy, little better than thievery. We could stop playing games altogether, which I’m sure some did. Or we could head out to our local stores–some went to Gamestop, but I preferred local joints like Sacramento’s Dimple Records, or Ann Arbor’s Get Your Game On–and browse the bargain bins. So we did. We wouldn’t find  latest, greatest games but there were still some damn good titles to be had.  For less than 10 bucks we could pick up a copy of Advance Wars, Viewtiful Joe, Metal Gear Solid 3, Golden Sun,  Pikmin, Burnout 3, Prince of Persia: the Sands of Time, Halo, the list goes on and on.  You can say we should have bought them new–and we did, when we could afford it–but most of these games were so old that you couldn’t find them on store shelves anyways, and digital copies were nowhere near as available or reliable as they are now.  So we went out and we got the games we could afford.  We did the best we could.  A generation late and a dollar short, we still got to be gamers.[singlepic id=12922 w=320 h=240 float=right]

And now publishers and console manufacturers are trying to take away even that tenuous, delayed connection. As they lament the tragic death of low- and mid-level gaming and blame gamers for not meeting their insane expectations, they’re erecting a bogeyman to place the blame somewhere–anywhere–besides where it belongs: on themselves and their Hollywood-esque reliance on smash hits to make any money.

Fortunately, used games aren’t dead yet. If you have a PS3, I’d suggest you reward the developers by getting the HD update new, but if you don’t have any other way to play Okami than to dust off your PS2 and hit Amazon for a used copy, then you do that.  Buy new when you can, but never feel bad for buying a cheap old game when your alternatives are piracy or playing nothing at all.

Some of you out there are going to be revving up your keyboards to hit us with the “E-word.”  And you know what? Fine.  Maybe we are feeling a bit entitled.  Maybe we feel entitled to participate in our culture instead of sitting outside watching all the fun our wealthier comrades are having.  Maybe we feel entitled to escape our situation for a few short hours.  If you think that’s wrong–if you think we’re no better than the fucking pirates–than I guess I don’t know what you want us to do.  We’re sorry we can’t afford to go to your party.

[singlepic id=12920 w=320 h=240 float=left]I’m very, very lucky to have this gig here at Gaming Trend, where I can get review copies of games. Most people don’t have the opportunities I do in this regard, and they are left to do the best they can.  A big part of the reason I spend my Friday nights writing these Games for the Masses posts is because I want to help other impoverished gamers get their hands on quality titles without having to stress out about how much they cost–without having to feel bad about doing something nice for themselves.

So, here’s the thing: we’re willing to let used games die, but only if we can be assured that we won’t be left out in the cold. For the past few years, the same publishers who’ve been attempting to deny us cheap used games with their right hands have been making price concessions with their left.  Some publishers are better than others (looking at you, Activison and Microsoft) but most developers are making their old games available at reduced prices and offering sales on a variety of platforms.  We can live with that. What we fear is that publishers will renege once there are no used discs floating around to drag prices down.  Some people have speculated that killing used games will bring prices down, but I honestly have no idea why they think that. I guess we’ll just wait and see, but I’m not optimistic.

The death of the low-and mid-tier games has also been greatly exaggerated.   Indie games are more inventive, higher quality, and more affordable than ever before. In 2013 there are ways to get  fantastic games while giving as much back to publishers and developers as you can.  Every Humble Bundle  is a chance to pick up great games, but do your best to give back to the people who made them.  If you want a game, consider going to the developer’s store to buy it instead of Steam or Amazon.  The price is the same, but more money goes to the developer instead of a middle-man service provider.[singlepic id=12921 w=320 h=240 float=right]

The rise of the free-to-play game has been a godsend for impoverished gamers. There are some quality games out on the free to play market;  games like Hawken, Mechwarrior Online, Dust 514, Planetside 2, DotA 2, and LoL.  So long as they keep making money for their developers and publishers, I’m happy to provide a target for the people who can pay, and to pay my share in turn.

So, I think that’s about as good a place as any to awkwardly transition to the weekend deals.  There are a lot of good ones this week, so the writeups will be a bit shorter than usual.

Saint’s Row: The Third ($10)–Wacky and wild ride with the strangest, most self-aware gang on the planet.  Free until Monday

Civilization 5 ($8)–If you’re a fan of 4X, you’ll probably enjoy the latest entry in the series that made the genre famous. Free until Monday

Dark Souls: Prepare to Die Edition ($15)–You will never be so frustrated again, but you will rarely find a game with as much satisfaction to offer.

Mass Effect Trilogy ($20)–I don’t usually let games this expensive on make the cut, but this is just such an incredible value that it earns its spot.

The Walking Dead ($9)–Telltale Games’ magnum opus on the cheap.

Bioshock 1 and 2 ($5)— The list price of $40 is preposterous, but these trips to Rapture are well worth the price of admission.

Deus Ex: Human Revolution ($5)–A hell of a game, mixing sleek technology, a film-noir mis-en-scene, and an ever-present golden haze.

Humble Indie Bundle 8—Name your own price to receive a slew of indie games, but you’ll have to beat the average (about $6) to score the prize: Hotline Miami.

Humble Weekly Sale–– If you’re a fan of big, loud,  gloriously dumb throwback shooters, Serious Sam would like to have a word with you.

So that’s that.  If you think I missed a big deal this weekend, let me know in the comments.  Until after E3, game on, comrades!