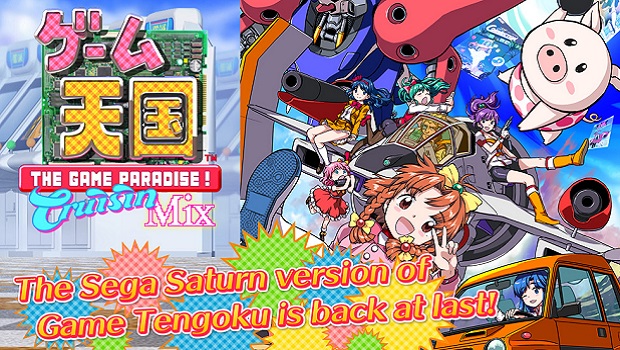 Degica Games and Kadokawa Games announced today that Game Tengoku will be rereleased for Steam and PlayStation 4 for Winter 2017/early 2018. The self-proclaimed “Super Hyper Goofy Shoot ‘em Up” will feature a port of the Sega Saturn version of the game with additional gameplay elements and new characters.

Following the hit arcade title released in 1995, Game Tengoku hit the Sega Saturn in 1997.  It was a character based shmup where characters travel though fictional arcade games of a Japanese game center to save it from the menace of Genius Yamada.  The game features Jaleco characters mixed in with all-new original characters voiced by a number of popular voice actors and art by famous manga artist Tatsuya Souma.