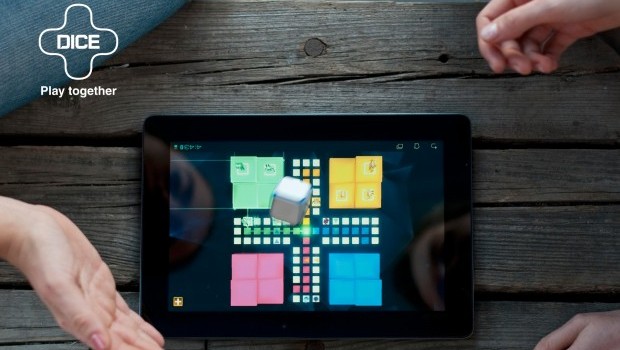 I really enjoy getting friends to play board games with me.  Twice a year I get together with a group of guys for a weekend of gaming.  The only problem is that I have a hard time deciding which games to take along and which I should leave at home, as well as how much space they take in the car.  While game implementations have come a long way on tablets, there’s nothing like actually throwing real dice.  Now DICE+ is looking to bridge the gap with a Bluetooth enabled die.

DICE+, the universal board game controller that brings real-world social interaction back to digital gaming, launches today at Gamescom 2013, the world’s biggest gaming convention. DICE+ can be purchased for $39.99 via http://dicepl.us.

The revolutionary DICE+ controller interacts with Bluetooth-enabled smart devices and combines the physical touch and feel of a game die with the potential for unlimited digital game and toy ideas. DICE+ has the power to make board games appealing to a new generation of players: “Powered board games” will enable you to get together with friends around the same device and experience a wealth of new gaming opportunities that combine the power and visual excitement of tablet gaming with the joy of playing games in a group.

Several games are released for the DICE+ already, and they look like they are more than just roll and move titles.  Developers can also use the DICE+ development kit to create their own games.  Hopefully this will encourage more games for the system.