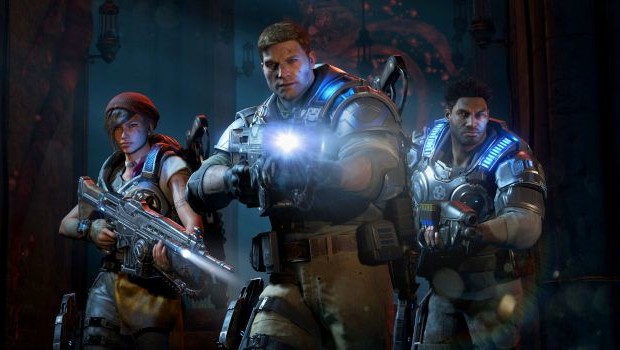 Emmy and Grammy-nominated composer Ramin Djawadi has created the score for the upcoming action-RPG Gears of War 4.

Speaking in a behind-the-scenes video released today, Djawadi described the music as “emotional” with synth and electronic elements. You can watch the video below.

Gears of War 4 - Behind the Scenes with Ramin Djawadi

“There are some really nice scenes that are probably unexpected for Gears where we’re really pushing the emotional undertones with strings,” Djawadi said in an interview with AP. These undertones are carried by a four-note theme that developer The Coalition hopes will resonate with players throughout the campaign.

“Obviously, I wanted to make it very different from Game of Thrones,” Djawadi said to AP. “Whenever I approach a new project, I want to make sure I’m setting up a new sound – even though we’re still using a lot of orchestra and percussion.”

Gears of War 4 marks Djawadi’s return to the games industry, which he started creating music for in the ’90s as a sound technician for developer Looking Glass Studios (Thief, System Shock).

“I remember back in the day there was never enough space on the disc to include full orchestral sound,” Djawadi said. “Nowadays, it’s almost limitless. It’s amazing to be able to include a great, full soundtrack.”

Gears of War 4 launches October 11 on Xbox One and Windows PC. Microsoft showed off some new footage during its E3 conference, and if that doesn’t have you pumped up, check out the awesome cinematic trailer.