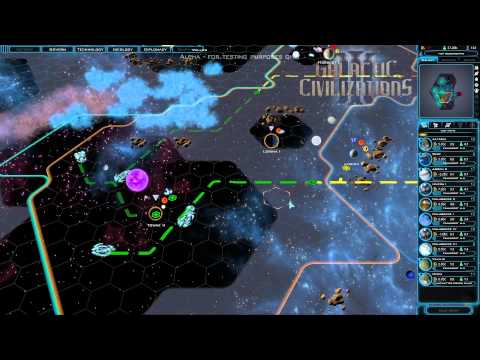 Fans of the Galactic Civilizations series of games, heads up! The trailer for the next game in this acclaimed 4x strategy series is available, along with news that the alpha is coming to Steam this March 27th. For those of you who’ve never had the pleasure of playing it, GalCiv is a series akin to Civilization in space, and a series which made itself known principally due to its powerful yet (on proper settings) non-cheating AI, and an actually fascinating universe where aliens and humans maneuver their way towards victory, together or apart. The trailer’s looking nice and slick even at this stage, showing off some initial helpings of gameplay – primarily in the form of interface maneuvering.

And here the trailer is, in all its map-heavy glory!