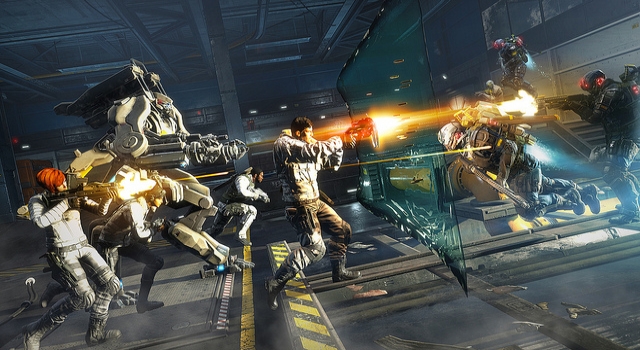 The Fuse demo has hit Xbox Live and PlayStation Network this morning, and we’ve got a sweet trailer to show off what you’ll be getting.   We’ve been covering the game as it develops (hit the game name under the news for all of the info on this title) but now you can take it for a spin for yourself to see what all the fuss is about.  Here’s a nibble about the game and the demo:

Experience the devastating power of co-op teamwork as you and up to three friends join forces in the Fuse demo from EA and Insomniac Games. Overstrike 9 has tracked the stolen Fuse source to a remote Raven base in Pakistan’s treacherous Karakoram Mountains. The team must stop rouge paramilitary corporation Raven from carrying out its horrific plan to form a new work order.

Taking place midway through the game, the demo gives players a chance to play with and level-up all four Overstrike operatives along with their Xenotech weapons. The demo supports 1-4 players with online and split-screen drop-in-and-drop-out-co-op.