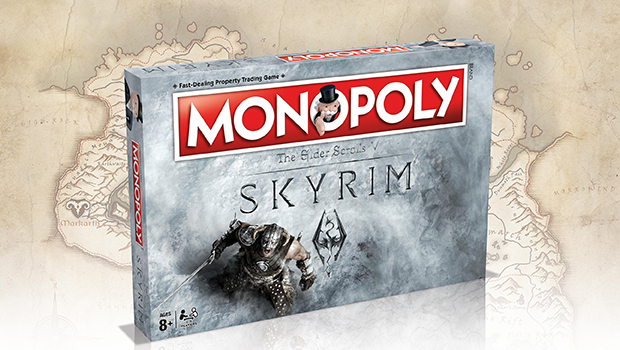 The Elder Scrolls never foresaw this coming — Monopoly, the classic property-trading board game, is getting a special Skyrim-themed edition, due March 2017.

According to Merchoid, the board game will feature characters, locations, and lore from the Skyrim video game. (Can I please get Lydia or Sven game pieces?)

“Whether your plans are to set up villages in Riverwood, build up towns in Winterhold, or construct huge castles in Windhelm, get ready to unleash your inner entrpreneurial spirirt as you lay claim to some of the most valuable plots in Tamriel,” Merchoid Community Manager Jessica Adams said. “You’ll soon be shouting ‘Fus Ro Deal!’ as you bargain your way to success.”

Skyrim Monopoly is available for pre-order via Merchoid for $47.99 and will be available in retail in March 2017.

For a 5-year-old game, Skyrim has made a surprising number of headlines recently, including the announcement of an HD re-release due Oct. 28 and its use in the reveal trailer for Nintendo’s new console, the Nintendo Switch.