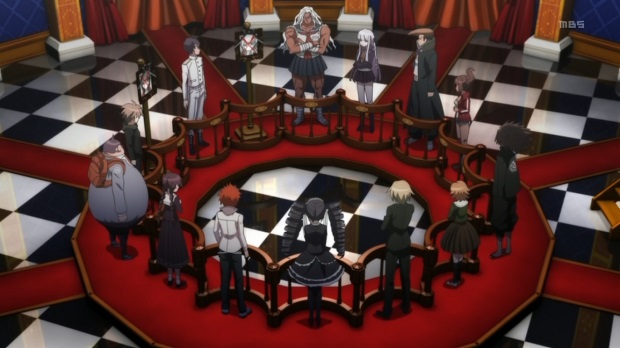 Funimation has announced that it will be rolling out an English version of Danganronpa: The Animation, but only one of the cast members from the game will be reprising their role for the series.

A post on Funimation’s blog confirms that only Bryce Papenbrook, voice of protagonist Makoto Naegi, will be voicing his character in the dubbed version of the anime. All other characters, including series mascot Monokuma, will be portrayed by actors other than the ones who voice them in the visual novel.

Danganronpa: The Animation follows the story for the first game in the series, Danganronpa: Trigger Happy Havoc.

Both Trigger Happy Havoc and its direct sequel Danganronpa 2: Goodbye Despair are available now on PlayStation Vita. NIS America recently announced that it will be localizing the series’ third-person shooter spin-off called Danganronpa: Another Episode this fall, which we recently got some hands-on time with.

Developer Spike Chunsoft is currently working on the third game in the series, but it is still in the early stages of development, and has been compared to Back to the Future.