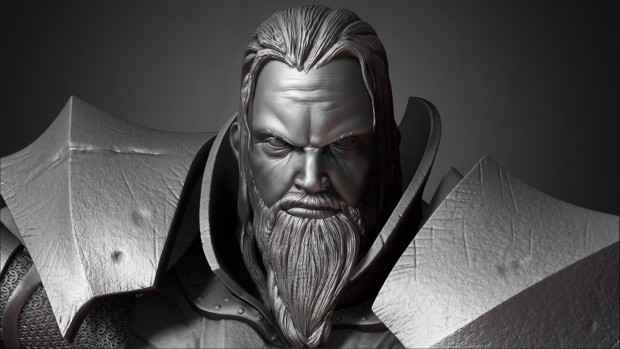 You may have seen the Mark of War announcement the other day where Gav Thorp and his team at Warpforged Games are trying to bring tabletop gaming to the digital world.  Well, today we have some 3D renders from the early game builds showing off the absolutely stunning level of detail present in the figures for the title.  Rivaling the artwork you might see in any high-end PC or console game, these renders show the graphical fidelity you might not have seen with the simple table render we posted the other day.   Given that Mark of War will give gamers the ability to not only adjust their battle tactics, but the look of their individual fighters on the field, these renders set the table nicely for just how much depth there can be in that system.  Here’s a little bit from the announcement:

In Mark of War, players take turns commanding their troops across the battlefield until the enemy is defeated or the mission objective achieved. During a turn you’ll strategically move and position units, claim and defend objectives, pick targets for your archers and war machines to fire upon, cast powerful wizard spells, charge into combat, and battle against enemy heroes!

If Thorp and his team can pull off his Kickstarter project (it starts on August 25th), gamers will be able to try out table top gaming without investing hundreds of dollars in figures and books before they even figure out if they like this style of gaming.   Without further ado, take a look at these fantastic renders!  You can learn more at the official site.