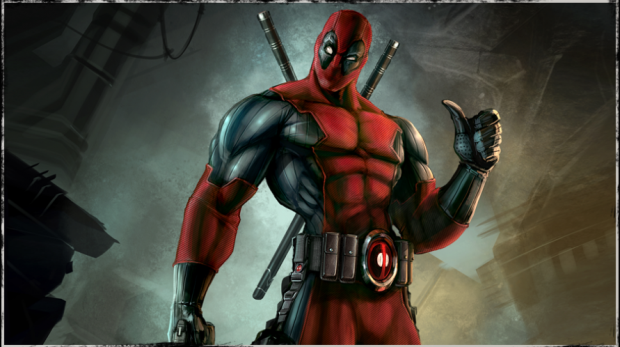 “Who’s got two katanas and a game coming out in December? This guy!”

One of the mouthiest, most mentally unhinged weirdos ever to grace the pages of Marvel Comics (no, not Mary-Jane on a date with Spidey, shame on you) came out with a new trailer today, which we imagine he probably edited himself on a greasy computer in his basement apartment while chewing on pizza crust and cleaning one of his Berettas.

The teaser features some great scenes of hand-to-hand combat, ostensibly taken from actual gameplay, plus generous splashes of violence, and some great off-color dialogue that would make even the most cold-hearted armchair warrior chuckle. The “Merc with a Mouth,” as he is widely known, looks poised to deliver the rambling hilarity and inability to ever shut up that have made him such a popular character in the Marvel universe.

“The thing about this is, it’s a game that Deadpool is making, he’s actually driving the game. As the guy in our game, he’s telling us who he wants to see, and what he wants to do there, so he’s making the game that he wants to play,” said Sean Miller, the Game Director, in an interview with xbox360achievements.com at Gamescom 2012. Word is that there will be lots of juicy cameos from around the Marvel world, though the company is keeping most of those easter eggs under wraps for now.

Activision is teaming up with Sean Miller’s team at High Moon Studios to develop the title, and had mentioned a release for Summer 2013; however, Amazon and other online retailers are now reporting the release date as December 31st, 2013, which doesn’t exactly bode well for those who are hoping to see the game come out on time. Regardless,  you can head over to deadpoolgame.com to pre-order your copy for Xbox 360, PS3, and Windows-PC for $59.99.