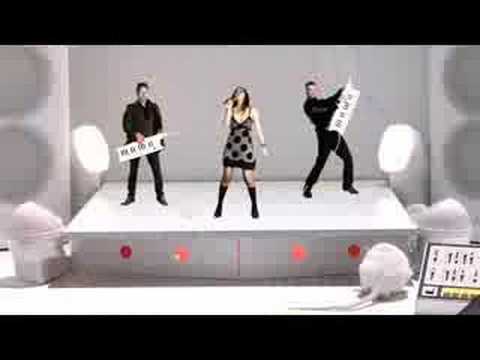 Another reason to back Harmonix’s Kickstarter campaign for Amplitude has arisen as Freezepop will be joining the game’s soundtrack.

Freezepop is an electronic band from Boston, who gained a lot of fame due to their hit “Less Talk, More Rokk.”

Freezepop is not the only ones joining up with Harmonix in hopes of bringing Amplitude back as so to have Danny Baranowsky (Super Meat Boy), Anamanaguchi (Scott Pilgrim vs. The World), Jim Guthrie (Superbrothers: Sword & Sworcery EP), among others. Seeing as the Amplitude Kickstarter is only three days away from ending, we can expect to see more updates in the next few days. These updates will hopefully gin up enough excitement to push Amplitude over their goal.

The Amplitude Kickstarter currently sits at $405,852, with a pledged goal of $775,000. Harmonix has three days to reach their goal.