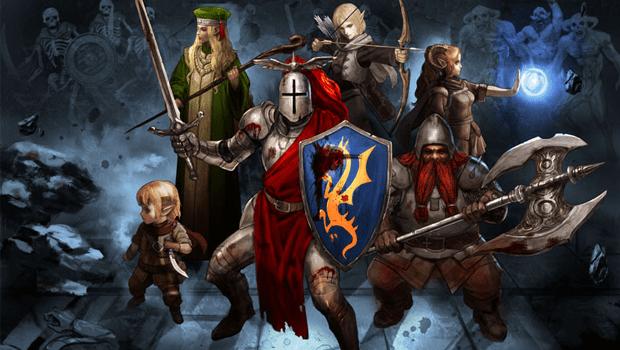 Heads up, old-school (or just plain old) gamers – Wizardry Online is now open and ready to play! Selling itself as “the most hardcore fantasy MMO ever created”, this one’s coming at you via Sony Online Entertainment, launching with 5 races, 4 classes and the promise to make your dungeon-crawling experience just… really painful and punishing. Really, that’s the main selling point that I’m seeing here, and given what I remember of Wizardry it sounds like they’re staying true to the spirit at least. I’ve got the key feature list and some commentary after the cut, but the fast summary would be that they’re making this sound like a menu-driven MMO with a heavy dose of Dark Souls – quite a combination.

I was hoping to give some fast impressions of the game, but Wizardry Online’s servers are getting hammered right now. In fact, I found myself staring at a screen that simply said “connect” for five or ten minutes before simply calling it quits. In the meantime, have a look at these key features:

To me, that’s a promising feature list. PVP you can’t opt out of? Permadeath? Brutal spawn rates? If nothing else, it’s bold of them. My one worry is that this going to translate into a very obnoxious cash shop, where the game is crotch-punchingly difficult for free to play gamers, but something closer to playable if you just pony up cash on a regular basis. We’ll see. For now, those of you who have been craving a difficult MMO may want to check this out. It’s free, after all. Just be warned that the servers are, as of this writing, being hammered – and the interface is surprisingly minimal for a modern game.