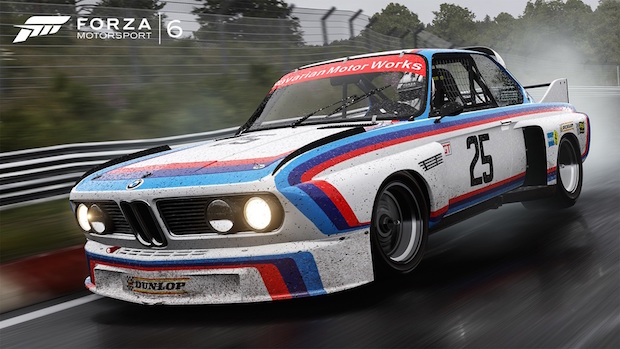 In celebration of Gamescom, Turn 10 and Microsoft have announced they will be adding two new European cars to Forza Motorsport 6’s garage.

If its flamboyant BMW Motorsport livery and audacious body kit don’t convince you this car is truly something special, then its history surely will. First, the 3.0 Coupe Sport Lightweight – better known as the CSL – debuted the official red, purple and blue colors of BMW Motorsport. Then it made its mark on nearly every major race series around the world. Deemed the “Batmobile” by worldwide fans, the CSL earned its lightweight moniker with a lithe aluminum body that helped make it a crowd and driver favorite.

The long nose, gigantic rear wing and stout fenders, which accommodate the Z4 GTE’s Michelin Racing tires, make the car’s racing heritage clear. It’s up to you, the driver, to put these elements to work on the track and represent for the makers of the “ultimate driving machine.”

Forza Motorsport 6 will be available on September 15th for the Xbox One.