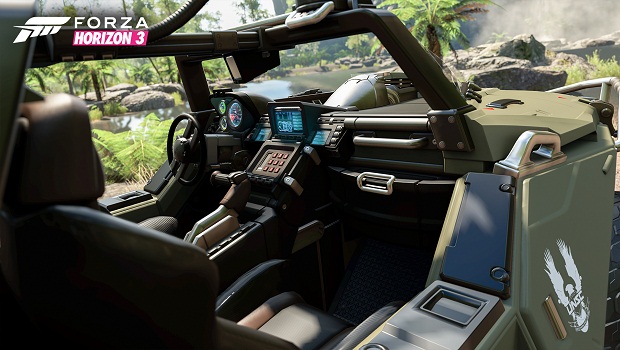 Today, Microsoft announced that Forza Horizon 3 has gone gold and will be released next month for Microsoft Xbox One and PC. Additionally, the game has added the M12S Warthog CST as free DLC for certain Xbox One owners. The vehicle is the latest in a series of reveal announcements.

A staple vehicle in the popular Halo series, the Warthog will make a special appearance to those who have played either Halo 5: Guardians of Halo: The Master Chief Collection on Xbox One. Codes will be released via an Xbox live message during the week of September 5. Xbox One players who have not played an Xbox One Halo game will have the chance to earn the vehicle via a special #Forzathon event coming to the Forza Horizon 3 in October.