I can recall sitting at my Amiga 500 (with the extra 1/2 meg extension to reach a FULL MEG of memory – the module being slightly larger than a deck of playing cards in the underside, thank you very much!) playing Flashback for the first time.  While others were playing games on their Atari, I was immersed in a completely new world where everything (including the very first creatures you encounter) are out to kill you.  Simply standing still too long has painfully fatal consequences!  Well, Ubisoft remembers it too, and they’ll be showcasing the 20th Anniversary edition of the game.  Know what’s awesome?  The original developers were tasked with the job of bringing this game back to life for a new audience! You can see the fruits of their labors at Comic Con as they’ll be hosting a hands-on demo at the Ubisoft booth! If you are too young to know what I’m talking about, here’s a little bit about Flashback:

Flashback is celebrating its 20th anniversary and is back in 3D and HD.  A new generation of players can now experience a game that helped define sci-fi Action/Adventure games.  In addition to the updated version of the game, Ubisoft is pleased to announce that the original Flashback will be included so players can play the original game that started it all.  Now is your chance to play the re-imaged cult classic hit as well as the original game you may have missed.

Conrad is back to save humanity from an invasion of alien Morphs set on absorbing our minds and incorporating our species!  Rolling and shooting, always ready for another fight, help Conrad save the world and his girlfriend.

We’ve also got a sweet video to show you the VASTLY upgraded game in motion. If you are thinking just a fresh coat of paint and an uprez, you’ve got the completely wrong idea – the 2D platforming is most certainly intact, but the visual difference is striking.  Kudos to the team for bringing back an awesome part of my childhood. Flashback, indeed.

Enjoy the screenshots and video, and stay tuned as we get closer to the August 21st, 2013 release date on PSN and XBLA. 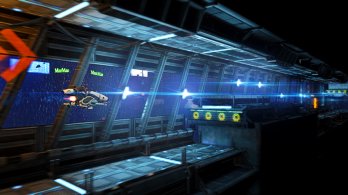 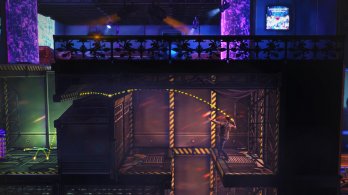 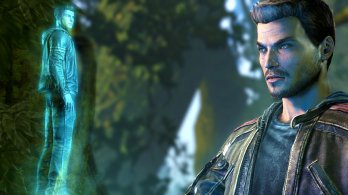 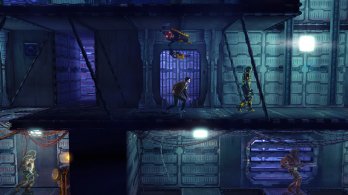 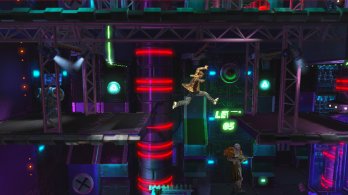