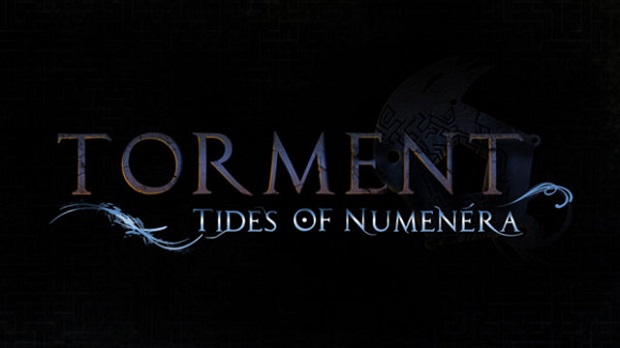 If you remember back a few weeks, there was this little game called Torment: Tides of Numenera.  Like many other games lately, this one ran a Kickstarter campaign to fund itself.  Unlike most other Kickstarter campaigns, however, Torment rocketed past its campaign goals within 10 hours of going live.

With the game receiving such an incredible reception, it’s a pretty sure bet that the game’s development is moving along nicely–and to confirm that suspicion developers inXile have released the first screenshot of the game to the world.  The screen shot–which you’ll find below–depicts a gaslit landscape resembling what you’d imagine if Zerg Creep overtook the Swiss Family Treehouse.   According to Robert Purchese over at Eurogamer, the area depicted is part of a larger landscape called the Bloom.

“The Bloom is a vast, semi-sentient predator, a monstrous, organic creation that extends its tendrils through the folds of reality,” inXile described. “Its pathways, nooks, and crannies conceal terrors and wonders alike, and for those daring or desperate souls who are forced to find refuge here, any step has the potential to send them to another world. It’s a hub, a centre of commerce for those who trade in the relics of other worlds.”

The idea behind Tides of Numenera is to recapture the feel of those old Infinity Engine RPGs and boy, does this screenshot ever succeed.  The 2D isometric perspective, soft lighting, and muted colors mimic the mise en scene of Planescape:Torment or Baldur’s Gate impeccably.  Don’t believe me?  I’ve put the new screenshot and a few caps of the original below–compare for yourself! 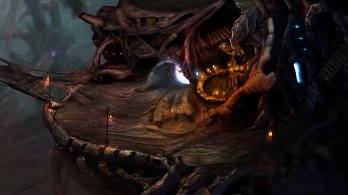 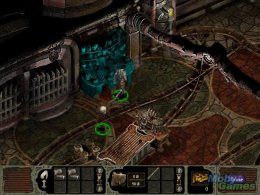 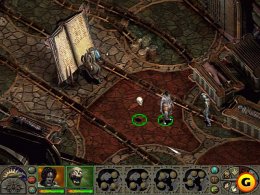