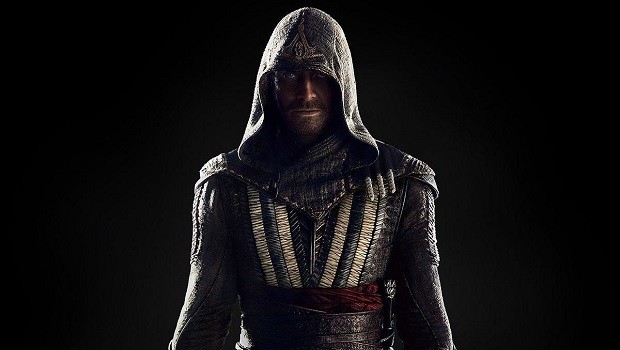 The first on-set images from the upcoming Assassin’s Creed film has been released via the Twitter of AC’s Head of Content, Azaïzia Aymar.

The first of which shows a glimpse at the Abstergo set, with the fictional company’s logo engraved into the wall. The second shows Aymar posed on set with director Justin Kurzel, of Macbeth and The Snowtown Murders fame.

Walking for the very first time inside of Abstergo was an amazing experience! Picture from set! #assassinscreedmovie pic.twitter.com/QhTmnwbOxV

On set with the amazing Justin Kurzel, a true Assassin and fantastic Director! #assassinscreedmovie pic.twitter.com/xzOAl8LMzW

The film, which will follow series newcomer Callum Lynch as he travels through the memories of his ancestor Aguilar’s in 15th century Spain, will star Jeremy Irons, Michael Fassbender, Marion Cotillard, and Brendan Gleeson. It is set to hit theatres on December 21, 2016.