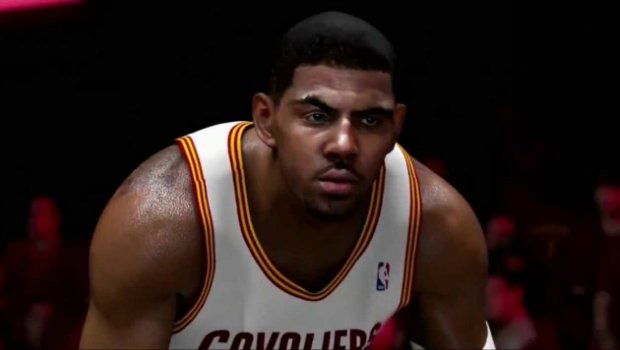 The first playbook trailer for the upcoming NBA LIVE 2014 has been released, showcasing generation 4 team basketball action for the first time.  The video, shown below, shows cover athlete Kyrie Irving and his Cleveland Cavaliers at tip-off against the New York Knicks.

Focused on a little taste of gameplay, the trailer doesn’t show much.  What it does show is some scary-good photo realism on players, some snazzy shoes, and a sick set of crossovers from Irving that beats notoriously bad defender Raymond Felton to the hole.  A cliffhanger ends the video before Kyrie scores, but spoiler alert: it’s going to be a monster dunk.

While NBA Live’s last go-round ended very badly (ushering in a short era of 2k Sports basketball dominance), this new version, which will launch with the Playstation 4 and Xbox One systems, looks simply amazing.  As long as it works (and we’ll wait and see) it should be an awesome and entertaining hoops experience.

NBA LIVE 14 will launch on Xbox One and PlayStation 4 on November 19, 2013 in North America.  Fans are encouraged to visit the NBA LIVE 14 website in order to get all the details as they’re announced, and learn more from the various developer diaries and in-depth blogs that will be posted on the site. Upcoming Playbooks centered on Connected Experiences, game modes and more will provide an even more complete look at NBA LIVE 14.